When I started writing fiction years ago—even before I began networking with other writers—I turned to the Internet as my first resource—for how to write compelling characters, how to create conflict, and ultimately, how to secure an agent. One of the agent’s blogs I faithfully read was Kristin Nelson’s Pub Rants, and later I queried her with my first project. She turned me down (and she should have—I had a lot to learn yet!) but she remains a favorite agent of mine for her commitment to telling it like it is and educating writers about the industry. So, imagine how delighted I was when she said, YES! when I asked her to participate here on our blog. 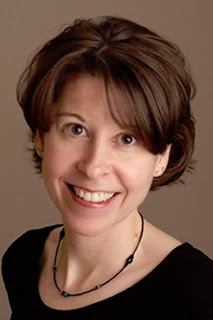 Being an avid reader practically since birth, Kristin is equally happy reading a Pulitzer prize-winning literary novel for her book club or a sexy romance novel. She established Nelson Literary Agency, LLC in 2002 after the literary agent she was working for expressed dismay that Kristin wanted to represent—gasp!—genre fiction as well as literary novels. Forming NLA was absolutely the right thing to do. She currently specializes in representing commercial fiction (mainstream, women’s fiction, romance, science fiction, fantasy, young adult and middle grade) and literary fiction with a commercial bent. In general, she does not handle nonfiction projects with the exception of an occasional memoir. Clients include bestselling authors Jamie Ford, Ally Carter, Gail Carriger, Simone Elkeles, Courtney Milan, and RITA-award winners Sherry Thomas and Linnea Sinclair. When she is not busy selling books, Kristin loves playing Ultimate Frisbee (where she tends to be the oldest person on the team) and taking hikes with her husband and their dog Chutney. Member: AAR, RWA, SFWA, SCBWI. Please visit her website www.nelsonagency.com before submitting and also check out Kristin’s popular blog http://pubrants.blogspot.com.
Pamela
You’ve been blogging for over five years. How do your posts differ now from those earliest ones?


Kristin
Initially I spent a lot of time blogging about beginning writers’ mistakes—and still do occasionally if I find a topic that’s helpful for my audience—but today I tend to write from an agent’s viewpoint about how writers can protect themselves and what some of the changes in the industry are. Because, regardless of the changes in the digital publishing industry, mechanics of writing and beginning writers’ mistakes haven’t changed much in the past five years and those were covered in earlier entries.


Pamela
Publishing is all about relationships. How much do your relationships with editors and publishers play into your deciding to take on a project? Have you passed on a submission that sounded like an amazing story for which you just couldn’t think of a publisher/editor?


Kristin
I’ve definitely looked at sample pages or a full manuscript where I don’t have a really good vision of how I could talk about it. But I know I’m going to take on an author when I can’t put down the book and can immediately think of ten editors who would love to see it and I start formalizing in my head how I’m going to talk about the novel. When I’ve read things that were good that really didn’t speak to me and I didn’t have that clear vision in my head, ultimately I passed on it. A lot of those never got representation. Some have gone on to be agented but not sold. And then quite a few have gone on to be agented and sold. And some for really good money. But if I didn’t have the vision for the book, then I was not the right person for it. I know writers hate to hear that, but because they feel like, ‘Oh, if it’s good writing and the person’s telling a good story, wouldn’t you take it on?’ But no, not necessarily.


Pamela
So, no agent-remorse when something you passed on went on to do really well, if you knew in your heart it wasn’t what you wanted to represent?


Kristin
I’ve only been remorseful about one project, and while reading it, I kept going back and forth and back and forth. At the time I was thinking, ‘This is kind of like a knock-off of Twilight.’ And what I should have been thinking was, ‘Oh, this is kind of like Twilight.’ The writing and the concept were really good but I decided if I was going back and forth, I should pass. Two weeks later, I was still thinking about the book and I got back in touch with that author but she had already signed with someone else. And then I knew that was going to be the one that I was going to be remorseful about. But all the others that I’ve passed on, that have gone on to sell and do well, I still review them to see if there are a lot of revisions since I’ve seen them, and I still don’t get the feeling that they were for me. Not every book in the world is going to appeal to every reader in the world. There are a lot of people who don’t like JK Rowling and I can’t imagine it, but there are.


Pamela
Several of your recent blog posts focused on query letters and writers missing the mark as to piquing your interest. Do you feel the biggest problem is good writers who over-think the query or writers who submit work that’s not yet ready?


Kristin
To me, those are two very separate things. Because there are some writers who nail the query letter and then you look at the sample pages and you realize it’s just not ready for an agent to see. They’ve just not mastered their craft—at least in the draft that I’m seeing. Not to say they won’t ever master the craft. If someone hasn’t written a good query letter, we’re just passing on it regardless of how good the pages might end up being because we’re not even getting to the stage that we’re looking at the pages.
Of about the 36,000 queries we got last year, probably more than 50 percent were so poorly written that they were rejected within seconds, so you’re not really competing with them. If you’ve learned how to write a good query, then you’re competing with the group of writers who may or may not pique our interest.


Pamela
I watched a video on your blog that was recorded at a conference you attended. And of all the research I’ve done online about how to write a query letter—that video of you and what you advised: to reread your first 30 pages and find the inciting event and let that form the cornerstone of your query, became a light bulb moment for me. It’s really the best piece of advice I’d seen.


Kristin
I don’t disagree. And when I teach that workshop, it’s amazing how hard it is to get some people to think about what their inciting incident is—usually it’s because their inciting incident isn’t happening within the first 30 pages. It ends up being on page 100 and right there you know your manuscript’s in trouble. You have a pacing issue.


Pamela
A couple of us at What Women Write are Backspace members. For writers who are not familiar with Backspace, how would you sell them on the benefits of belonging to the group? Are there other online support systems you think are worth the investment of time and money?


Kristin
I know of three: Writers.net, Backspace and Absolute Write’s watercooler. My question to writers would be: Why aren’t you involved in one of these groups? All have wonderful, professional writers who dispense advice and offer feedback and generally make themselves available. Holy cow! Why wouldn’t you want to be a part of that? For example, on Backspace agents will often chat on the forum boards. Where else can you get that one-on-one opportunity in a virtual situation where people will address questions? Some of the most amazing posts on the forum are by experienced authors who say: These were my mistakes.
I’ll never forget on Backspace when a very popular NYT’s bestselling thriller author talked about how she got into a world of trouble for not paying her taxes on time. Ever since then, I always have a conversation with my authors who have large advances on the importance of keeping up with their taxes. How smart that she was willing to say, ‘Hey, this was a big mistake that I made.’


Pamela
We’ve followed Jamie Ford’s publishing journey—saw him speak in Dallas, featured him on the blog and will eagerly hear him again as he returns this fall for Richardson Reads One Book’s event. He stated that his query included having a portion of Hotel on the Corner of Bitter and Sweet place in a short story contest. How important are pre-pubbed credits such as contests when it comes to getting your attention in a query?


Kristin
It absolutely never hurts to have prepublication credentials, especially if you’re writing literary fiction and are in the good literary magazines. That’s going to carry a lot of weight—just like graduating from Iowa’s MFA workshop carries a lot of weight. But it’s not the end-all, be-all. I’ve definitely signed authors who didn’t have anything. Nada! And I took them on. As long as the manuscript is wonderful and strong enough, that’s most important. Having non-fiction credits, even if you’re shopping a novel, doesn’t hurt because it communicates a level of professionalism and shows you know how to meet a deadline. In the end, non-fiction pub credits won’t play a factor in promoting fiction unless you’re an NPR correspondent or if you have a pretty high level of media exposure as someone like David Sedaris.

Come back tomorrow for part two of Kristin's interview where she discusses contract negotiations and what she's currently looking for in submissions.
Posted by Pamela Hammonds at 6:00 AM