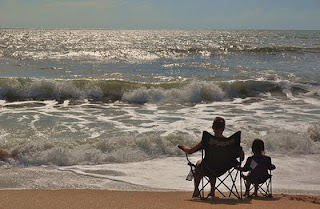 Some of you may already know I received The Call last week—a phone call from my dream agent offering representation. I was, of course, beside myself with excitement.

In the last several years, I've practiced my craft and paid my dues by writing several manuscripts—one full and two halves that never saw the light of day, and one I hoped would garner an agent and book contract but didn't. I've always dreamed of a traditional book contract negotiated by a reputable agent and seeing my name on a book spine alongside the logo of a highly regarded publishing imprint. It seems I may be one step closer to that dream, and I can't wait to see where things go.

I've been winding down the summer with my girls. One already started full-time band camp last week, four weeks ahead of school start, because that's how we do it in Texas. After a month away on various trips, the other ended up with a month to relax before her senior year because she's no longer in band and her job shifts only occur here and there.

Between getting the younger one out the door in the morning, making sure she's sleeping enough, taking enough water, eating enough breakfast, arranging carpools, and so on, my older daughter and I have enjoyed some rare hanging-out time. We enjoy listening to music, talking about books or movies, running occasional errands, and so on. Also walking the dogs.

We wait until 9:30 or 10 p.m., sometimes even 11, before venturing out with our little maniacs—two rescued girls who slumber around the house all day, then burst through the front door as if they've been in straightjackets or something (which they definitely have NOT). If it's 110 degrees during the day, it might have cooled 10 or 20 degrees by then, making the temperature a balmy 90 … or 99, as it was last night when we walked.

We walk for 30 minutes, usually dropping off the older dog halfway (a Shar pei mix who can't handle the heat as well) and taking the adolescent dog for another round.

A byproduct of this hanging out, these late night walks, is my girl and I have refreshed and renewed our relationship, which was good to begin with but is even more delightful now as she enters her season of passing from child to adult. As the dogs pull us like we are sleds, then finally settle into a calmer lope, we talk about colleges and boys and friends and boys and dreams and boys.

The other night, we returned from our walk, worn out and burning up even at 11 p.m. and 90 degrees. We continued our conversation a little while longer, then she drifted upstairs for bed and I settled in at my laptop for a few more computer tasks.

A few minutes later, I received this text, which I share with permission:

Hey. I just want to say thanks for all you do and all you are. We've had our rough times, but where we are now is wonderful. You are one of my best friends (next to Steph, of course! :P) and I love that! I love you. :) So … Yeah. That is all. Good night. :)


And, of course, after I swallowed the sudden lump in my throat, I sent off a response I hope made her feel as good as her note made me feel.

And as I begin the next steps of my writing journey, I am excited, nervous, terrified and dreaming. But more than that, I am thankful. Thankful for this small, but oh, so enormous moment that made me pause and remember what really matters.