I've wondered if other writers take as much pleasure as I do in a certain part of the research I undertake while writing a manuscript. I'll go ahead and call it found objects. These are objects that inspire, reinforce, enhance, and commemorate my writing. 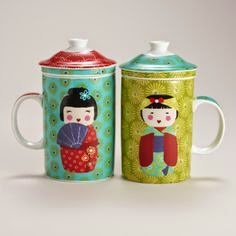 Sometimes they're items I come across accidentally--or maybe serendipitously--that don't serve any real purpose other than reminding me of the work I'm doing. In this category is an infuser mug I bought at World Market when I was writing a story with a character who was a Japanese war bride, pictured here (the green one with the red lid). 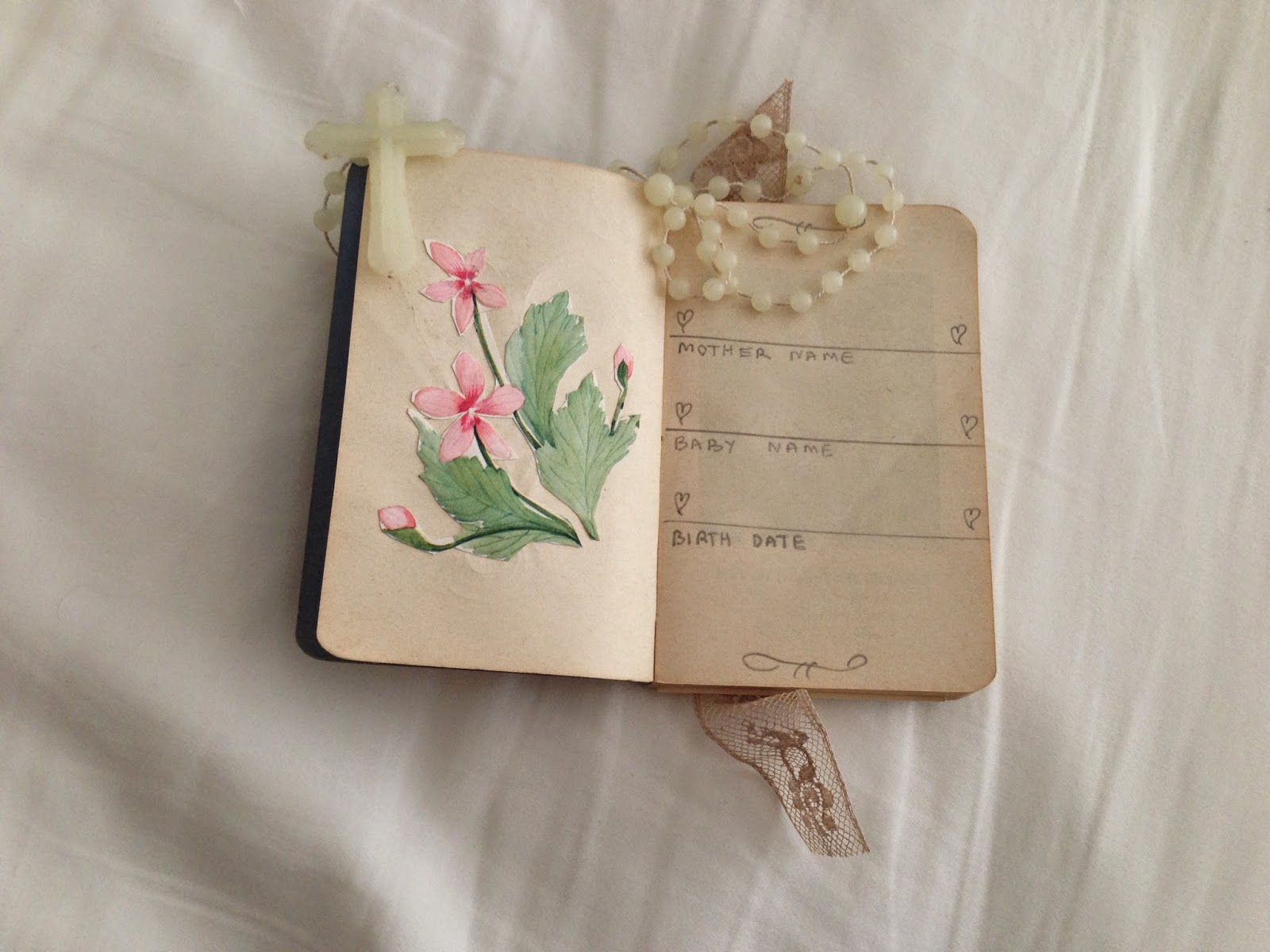 After I bought it, I intentionally looked for items to represent each of my main characters in that novel, intending to keep them on my writing desk to help me stay on task. Too bad I didn't finish that novel, but it was fun finding the objects and displaying them for a while. Maybe the characters will make their ways into other stories eventually, and the energy and money I spent won't have been wasted. Another of those objects was an early 20th century era Catholic prayer booklet for mothers, which I found on eBay along with a vintage rosary. I was fascinated to discover carefully cut out flower art and a lace bookmark inside the booklet, as well as hand-marked spaces for someone to personalize it. I wondered who did that. Maybe it was simply an unused gift. But maybe someone started it for herself, then never finished it. A lost baby? Who knows, but my imagination was off and running. 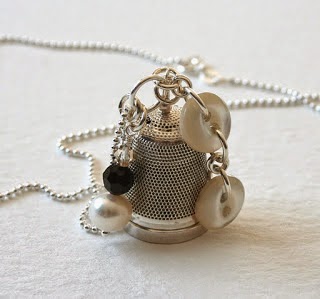 Some of our readers might remember when I did a giveaway before Calling Me Home released of a necklace I found on Etsy. I couldn't believe my eyes when I saw how perfect each of the items attached to the necklace was in telling the story I'd written in a nutshell.

I'm working on a new story right now, one I'm very excited about, and feeling more confident than I have in ages that it could be the "right" one. (How many times have you heard me say that now? But seriously, I'm all about writing the "right" story, so I'll keep hammering away until it happens.) I've been doing research until my eyes cross. I've read everything I can get my hands on about the topics contained within. I've written pages I'm pleased with, and pages I've deleted in disgust.

In the process, one of those "found objects" appeared this week. I confess my heart rate sped up a bit as I opened the package that came Thursday afternoon, a few days earlier than expected. Inside was a book I'd ordered, carefully wrapped in brown paper. A book published in 1931 -- a first edition, no less. I crossed my fingers it wouldn't smell too much of mold, as so many of my old books do. It was in good condition for being almost a century old, and I was thrilled to open the pages and find not only text, but slick pages with photos. A book that tells much more of the story I'm researching than I could ever find online or at any library in the area. Not only that, but it was the only copy I found for sale anywhere. One copy. I have to assume it was out there waiting. :)

I turned to the first page and began reading, and the sense I had of actually holding history in my hands was different than anything I've experienced yet while working on this story. I can't tell you more about it right now, but today, I feel very lucky about this "found object." 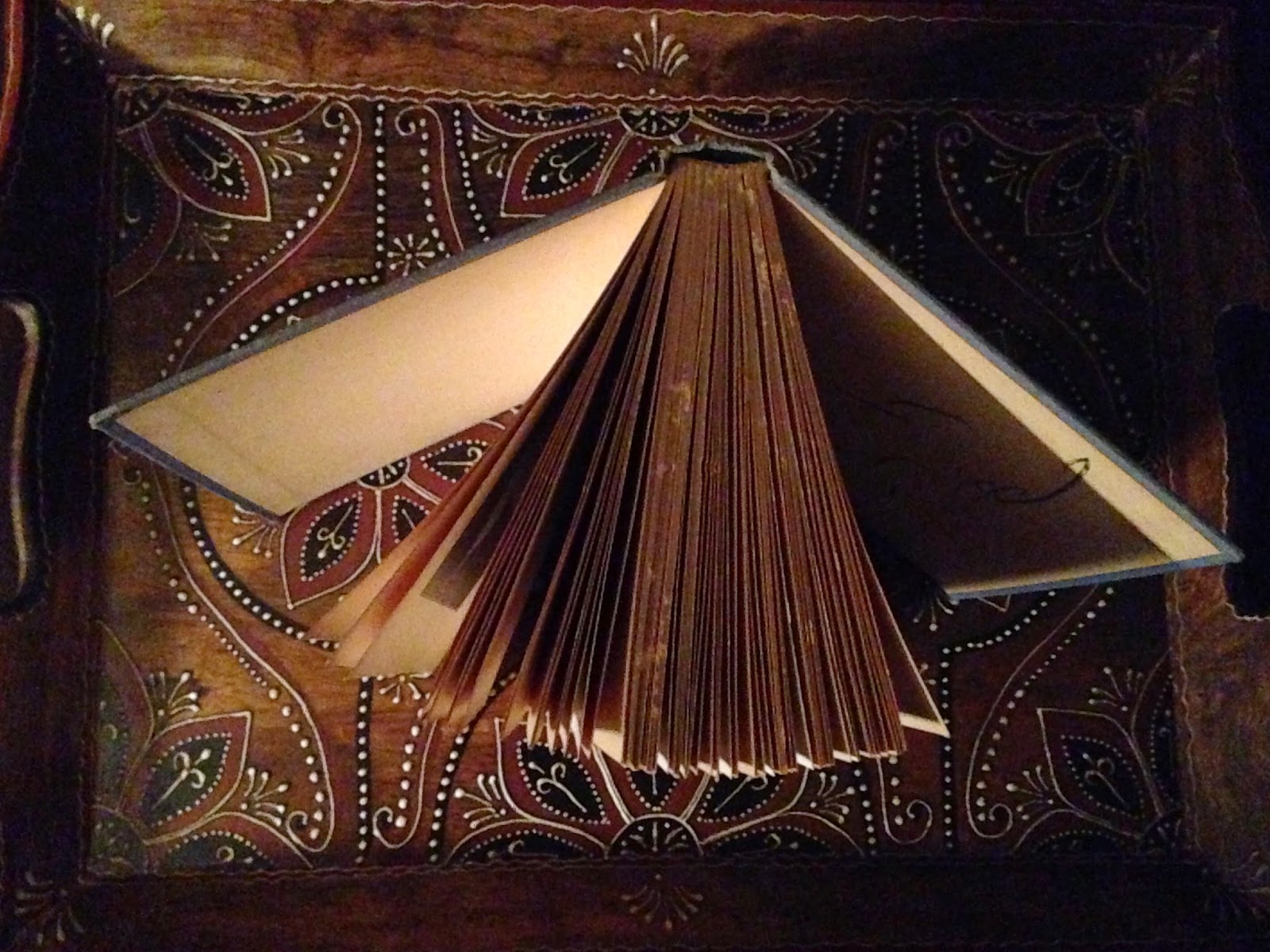 What about you? Share with us in the comments about "found objects" you have come across that have enhanced your writing or reading.