A visit with Jacquelyn Mitchard


In 1996, I was a mother of two young sons, one four years old, the other nearly two. So when I picked up The Deep End of the Ocean by Jacquelyn Mitchard, I felt a special connection to Beth Cappadora. She, too, was a young mother, trying to keep it all together--work and family and find a little time for herself. When her middle child, Ben, gets abducted from a hotel lobby, my heart felt every tug of anguish at each turn of the page. (Magnified by the fact that my baby was also named Ben.) The book stayed with me for months, even years, after I read it. Any time one of my boys slipped his hand from mine in a store to hide inside a rack of clothes, or wandered off without my noticing, I felt Beth’s panic. 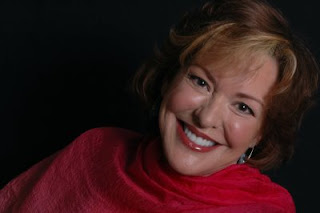 I remained a fan of Jacquelyn Mitchard’s writing over the years and recently connected with her on Facebook (along with a small army of others). When I read she was bringing Beth and her family back to life between the pages of a new book, I leaped at the chance to find out more. Ms. Mitchard graciously agreed to answer some questions for our blog readers, and I know you’ll enjoy learning more about her here.


I have a confession to make. I pulled The Deep End of the Ocean from my shelf, fully intending to skim through it before No Time to Wave Goodbye comes out. But I found myself drawn back into the story of the Cappadoras and the lovely writing and couldn’t skip a word. Now, with this new release, we get to revisit the family after all these years. Why did you wait a dozen years before returning to this book?

It was sheer cowardice and the fear of someone saying that a “sequel” was the last resort of a scoundrel. In fact, I wrote entirely another book that some

day will be published. But it is true that one day, I realized that I knew the answer to the question that people had been asking me, which was, “What ever happened to Vincent?” And then my challenge was to write a story that could stand beside that story in terms of power and also incorporate what I’d learned over writing a dozen other novels. When a reviewer wrote to me before the review was published to tell me that the book had blown him away, I knew that I had succeeded. And then I made a nutty choice--which I love.

I decided that my next book would be drawn from this universe, and that I would write as many “West Side stories” as I felt like writing, along with stand-alone novels. Louise Erdrich has gone back and forth between writing the continuing story of a certain Ojbiway clan--as well as other books such as The Antelope Wife and The Last Report of the Miracles at Little No Horse. Faulkner returned to the universe he had created. (I’m not comparing myself). But the exhilaration I felt was unexpected. It took five rewrites to be sure, but I’m sure it’s good. It’s not a “series.” It’s a universe in which this family will be part of a community in which the Cappadoras take a greater or lesser part.


I love it when authors take this approach. Because you can fall in love with a story and, even though the book ends, you don’t grieve as much since they’ll return to you. How many books do you have planned for this universe?

Well, we are in the process of trying to adopt two kids from Ethiopia – which means six more kids to put through college--so at least 234. Or until I’m 83, whichever comes first.


Lucky for us; more to read! The success you achieved with your debut novel plays out nearly like a fairytale—amazing sales, a nod from Oprah, a movie deal. Obviously, it was life changing for you. Did you worry that your future novels would not measure up? Any astute advice for aspiring novelists out there?

Yes, and they did not. Critically--yes. Many of them outshined The Deep End of the Ocean. But in terms of sales (millions worldwide, 3 million in the U.S.) not so much. I did myself a disservice by changing publishers, which I will do again only if Random House hatches a plan to shoot my dogs.


Let’s hope that doesn’t happen! Promoting this book certainly must be different for you than your first. In addition to your Web site, I know you use Facebook to stay in touch with your readers. Do you find any one method more effective than others in reaching your audience? Will you do a book tour? Any word from Oprah?

No word from Oprah. But it’s July. Oprah? Hello? Facebook is amazing. I’m learning to Twitter like a birdie and the download email of the “presenter” is going to be amazing for this book--short and hugely exciting.


We’ll look forward to that. On the flipside, the electronic age has made a difference in reviewing opportunities too. The adage that everyone’s a critic certainly applies now more than ever. How do you handle negative reviews on Amazon or other sites? Do you find it best to not respond? (I’m thinking of the recent Twitter debacle with Alice Hoffman.)

I try not to read reviews but I end up reading them--of course. And I learn from the negative ones. In all the vitriol, there’s a grain of caution and wisdom, almost without exception. I can think of only one truly nutso bad review, in which a reviewer castigated me for using food as a metaphor for sex--without which device every one of Ernest Hemingway’s novels would have been a pamphlet.

I love Alice Hoffman, as a human being and as a writer. A great lady, she had a bad day. I would never respond to any review or accusation – with a single exception. A writer for a local newspaper once made bold to enumerate and describe my children, including their best guesses about which ones were “really mine.” I went completely bonkers. I asked the newspaper never to review my work again, never to write about me again, in a complimentary way or a negative way.


I can’t imagine someone being so completely unprofessional in their job. I’m glad you took a stand. Speaking of other print media, I enjoy coming across articles by you in Readers’ Digest, Wondertime and Good Housekeeping, to name a few. Plus you’ve successfully published in various genres including young adult and picture books for children and essays that appear in numerous anthologies. Any plans for a non-fiction solo title? Perhaps a guide to life, parenting or a book on writing? (Personally, I vote for the latter.)

Oh my gosh, I would never attempt to advise anyone on parenthood beyond loading lives with laughter, books, organic groceries and the occasional antibiotic. And I discourage my own students from reading “writing books,” the exception being Stephen King’s and Eudora Welty’s because their reading time is so much better spent on the prose of Louise Erdrich and Wallace Stegner and Truman Capote and Charlotte Bronte and Jodi Picoult and Denise Mina and Edgar Doctorow...I have to pause for breath. But I’ll always, always do reportage and personal essays (though not as personal as, for example, Joyce Maynard’s! My family demands and deserves more privacy than that!)

I love the real word sense and the economy of language. I’d also love to write more children’s books (I have an idea about a ferret that gets trapped in a store filled with mink collars and scarves…) and definitely more YA books. In fact, I would say that All We Know of Heaven, a YA novel about two best friends mis-identified in the aftermath of a motor vehicle accident, is the best book I’ve ever written.


That’s one I haven’t read but now you’ve sold me. And we’ll watch for the ferret story. Thanks for taking the time to share your thoughts with our readers.


And now, readers, if you’d like to leave a comment, we’ll enter you in a drawing for a first-edition hardback of No Time to Wave Goodbye. But hurry; we’ll only take entries from people who comment before midnight on Thursday, July 30, so check back on Friday to see if you’ve won. Everyone who comments has an equal chance of winning, but be sure that your comment links us to contact info for you. Otherwise you'll need to include your email address with your comment or contact us at wwwtx6 (at) yahoo (dot) com. Also, unless you're willing to spring for postage, winner must live in the U.S. One of my kids and possibly the dog will be the witness to said drawing. You’ll have to trust us to be fair. At least the dog has never cheated at anything. I take that back--he’s constantly getting caught sleeping on the good sofa.

If you don’t win the book, watch for its release on September 15. Pre-order your copy today through Amazon.com. And be sure to look for Julie's review of No Time to Wave Goodbye here in late August.


UPDATE: The winner of No Time to Wave Goodbye, from those who commented, is Jennifer Ivy. Congratulations!

(Ms. Mitchard's photo by Liane R. Harrison)
Posted by Pamela Hammonds at 5:00 AM

Email ThisBlogThis!Share to TwitterShare to FacebookShare to Pinterest
Labels: author interview, Jacquelyn Mitchard, Kim Bullock, No Time to Wave Goodbye, The Deep End of the Ocean