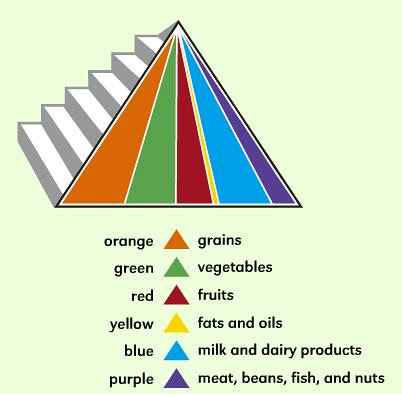 Remember when you were a kid and learned about the five basic food groups and how important a balanced diet was to growing into a healthy adult?

Or when you gave birth.

Remember how the first year or so, it was relatively easy to figure out what to feed the kid, but the next year, your toddler argued the point every single day that mac 'n cheese and chicken nuggets alone do, in fact, constitute a healthy diet? (And how many of us gave up on that? Ketchup is a vegetable, so said Erma Bombeck.)

So it goes for writers. I believe to be a healthy writer, there are certain basics I must include in my "writer's diet" on a fairly regular basis.

For me, in no particular order, these are:

I'm sure you've also engaged in conversations with others who claim to be writers. Were you as stunned as I was when you asked, "What do you like to read?" and their answer was, "Well, I don't really have time to read."

Perhaps there are exceptions, but I'd have to see the documented evidence to believe it.

We don't all read the same things. Some of us are more versed in the classics than others. Some of us have reading lists from previous years 100 books long, and others of us have lists that struggled to reach ten. Some of us read the same old things month after month, and some, a broader selection of materials, which by the way, is easier said than done.

You might be surprised, though, when you color outside your self-imposed lines. Like ordering that Thai Peanut Salad you always thought you'd hate only to discover it's really quite delicious.

Last week, for instance, I picked up Tana French's In the Woods on Margie Lawson's recommendation. I'd seen the book, even handled it in a bookstore, but always put it down. I don't usually read murder mystery or suspense. Thus, I was surprised to find myself glued to this story for the week it took me to read it, even if I was a little baffled and frustrated by its conclusion. The Likeness, which is supposed to be even better than In the Woods, is on my nightstand now.

Reading is kind of like protein. We can manage without certain other groups for a longish period of time, but protein?

It's kind of a life or death thing.

Music would have to be the fruits and vegetables of my writer's diet. Pretty much neck-and-neck with protein, music makes me a richer, healthier writer in the long run.

I can't tell you how many times I've bounced off the lyrics or mood of a particular song when stumped for a writing topic or stumped by a problem in a work in progress. Nearly everything I write starts out with a working title I "borrowed" from a song or lyrics.

Some writers go so far as to create a formal soundtrack for manuscripts to inspire them as they write. I've kept informal lists, but find they evolve along with my story. What works for my story one month is often not the same the next.

Attending concerts I enjoy is an integral part of my creative life, and I take this pretty seriously. Our What Women Write bloggers are going on a retreat in a month or so, and when I discovered the event we'd scheduled fell on the same weekend as a concert I'd planned to attend for months, the decision was hard and the decision was easy.

I was disappointed to realize I'd have to leave the retreat early, but I also knew if I didn't go to the concert, I'd regret it. I'll be sad to leave my writing sisters a day early, but the nourishment I'll receive from hearing Glenn Hansard and Marketa Irglova perfom (as The Swell Season – you might have seen them in the movie Once) will balance that out. Both will inspire me for a long time.

I prefer to think of them as GRAINS.

I'm frequently amazed how much I learn from watching films. (As is Pamela. See this post.) My husband and I probably watch at least thirty movies a year in theaters. We watch them at home, too, but there's something about the big screen.

Last weekend, we saw Whip It, the latest Ellen Page movie – Juno meets Roller Derby. I came away not only inspired by great lines, great costume and setting details, and great characterization, but also refreshed. I got my head out of my own story and fully into another for two hours.

We need it, especially as youngsters, to grow strong and tall with good, weight-bearing bone structure.

Too much dairy may be more than is strictly necessary.

Publishing news is freely available online – perhaps in a greater quantity than is strictly advisable.

After subscribing to every publishing or author's blog that came along in the last few years, I find myself overwhelmed these days. Much of the information is duplicated or it's market news or craft lessons drilled into my head so often I could probably recite them in my sleep, and possibly have.

I'm trimming my subscriptions to a few "must reads." Maybe ten. If I'm really bored or in need of another blog to read after that, there's always Google or the blog rolls many bloggers keep on their blogs to guide me.

Here are a few I think will survive the pruning:

1) Writer Unboxed, a group blog of mostly published authors headed up by Kathleen Bolton and Therese Walsh. They give away a lot of valuable information for free about the journey that took them there. (Therese will be a guest here on What Women Write next week, by the way.)

2) Pub Rants, the very first agent blog I ever read. Kristin Nelson is always to the point and shares something aspiring writers can use. Bookends, LLC is another agent blog I probably won't do without.

3) Blogs of a few authors who have mentored me in one form or another over the years: Diane Chamberlain and Barbara Samuel/O'Neal are the first two that come to mind, but there are certain others.

4) A few editors' blogs that teach me something new nearly every time I read them. EditTorrent, for instance.

Community is to me what oil was to the Tin Man.

Call it oil, call it fat, call it what you will. I may be an introvert at heart, but a little community goes a long way toward making Julie a happy, healthy writer.

I can do without it for a while, but pretty soon I find myself creaky and cranky and stuck in the mud.

I had a recent conversation with a family member about Facebook. She's considering cutting back her Facebook contacts to only family, close friends, and maybe a few online friends she's met in person. Her purpose for having a Facebook account is mainly to keep up with those folks, and she no longer finds it prudent to share the mundane details of her life with random acquaintances.

I don't blame her. But I explained that, as a writer, social networking sites like Facebook are my water cooler.

Most of my writer friends live at least tens of miles away, if not hundreds or thousands. They are my colleagues – my coworkers, if you will. If I need a boost to my writing morale, or to find a good laugh that makes sense only to me as a writer, I can usually count on the community of other writers I've shored up online through Facebook or organizations like Backspace.

And one day, these fellow writers might just be the go-to folks when it comes time to get the word out about my first published novel ... and second and third and so on.

Those are my basic food groups as a writer. Without one or more, you might find me a little droopy, not as healthy as when I partake from each on a regular basis.

But here's what's nifty – your basic food groups might not be the same as mine.

I knowwwww! (I love you, Craig Ferguson, for those two phrases alone if nothing else.)

So, tell me, what are some of your basic food groups as a writer or other creative person?