Where Your Words Take You

By Susan Ishmael-Poulos
Today's headlines on cnn.com:
Pakistan Floods Displace 1 Million In Last Two Days
Miners: 'Get Us Out of Here Soon'
Children Abused, Killed as Witches in Nigeria

I've been a news junkie since I was old enough to read. As a kid I was always a reporter, always interviewing and always writing. I still keep a musty box of saved newspapers with important headlines: Reagan Shot, Operation Desert Storm in Full Force, Terror in the Skies, and most recently, OBAMA WINS! 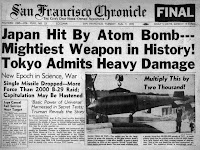 I went to Western Kentucky University, a school well-known for its school of journalism, and my plans were to let my words take me around the world, reporting on the latest story. I wanted to see my byline under those headlines. I wanted to tell the stories.


As a teenager and college student, I imagined myself in a tank top 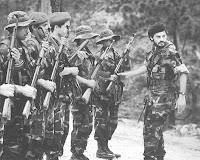 , camouflage pants and combat boots, embedded with Contra guerrillas in the jungles of Nicaragua, interviewing a rebel leader about his cause. I could see myself in Bosnia, blending in seamlessly with the victims of 'ethnic cleansing', and getting the story out- just in time- from the bombed out ruins of the National Library. In my youth, I had grand plans for chasing wars and pursuing the truth, and hopefully, in the telling, moving us as a society closer to peace.

I entered every conversation seeking the answers to the '5 W's and an H,' and in those days before the Internet and smart phones I never left home without my reporter's notebook.

News has changed dramatically in the past 20 years, but the stories, tragically, don't change much at all. There is always a war, always a crash, always an assassination. Yet I am not a journalist by trade, and only worked for local newspapers for a very brief time. After college, I never wrote for a paper again. The dream of being a reporter took a back seat to paying bills and building a house, a marriage, a family, and a life. 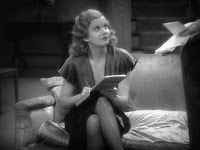 But I am still a news junkie, watching for the latest story, clicking through news sites evaluating the writer, still saving newspapers with cool headlines before the newspapers themselves become extinct. I think about the new journalists- trained differently than I was trained, and I follow their stories as their lives- and the lives of those they write about- are changed by where their words take them (take for example, this infamous interview by Michael Hastings, The Runaway General for Rolling Stone). New and young journalists cover the Gulf oil spill strapped into helicopters and hover above the spewing polluted waters. Anderson Cooper is everywhere from Haiti during the quake aftermath to the latest weather disturbance.

I watch them all, read every headline, and live vicariously.


And my childhood dreams? I never got to hang out with Contra rebels, and although I almost made it to the Serbian border in 1992 during their conflict, I never made it to 'the action.' I've got other dreams now, and I'm chasing them full speed ahead. I watch where the words take us, and where they've taken me. I'm content to let real reporters chase the stories, spreading the truth on the lives and deaths of others.


I'm not so concerned about telling the stories of others anymore. I'm content living my own story, writing my own headlines, and allowing the stories of my life to live for me, my byline in bold italics leading the way.
Posted by Susan Ishmael-Poulos at 8:13 AM