Not bad. Certainly more than the world would have us believe most people accomplish. "I'd love to write someday," nearly half the country seems to say. Yet few ever do.

So good for me on those two polished manuscripts, even if they weren't quite shiny enough to cause an agent to pluck them from the fat and tempting pile. Good work, I say, and to anyone who has finished an entire novel. It's a feat, an accomplishment unto itself. Kudos to us all.

And yet those four ideas, assuming I complete the two underway, are only a percentage of what I hope to accomplish in the span of my writing career. I just made a list, in fact, my own personal canon. Eleven titles make up the list, the four already mentioned plus seven other semi-fleshed ideas of books I hope to one day see in print. Written on lined notebook paper in fine black ink, it's not such a stretch of imagination to visualize those same words in a crisp font on an early page of a proper bound novel. You know the page: 'Also by Elizabeth Lynd.' 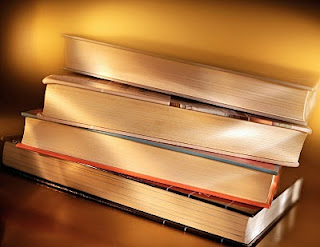 I love that page for both its inspiration and usefulness. Lap up a new-to-you writer's work and if you're like me, you'll flip fast to that page to add titles to your must-read list. Hate the boor, and feel your jaw sag and head shake when you see this hack somehow has managed a dozen books on the shelves. Or feel ambivalent, then turn to see if there's only one other title to the author's credit, and make a note to find that one and see if this is sophomore slump or really the best the writer can do.

Looking at my titles (ahem--working titles in some cases, as Joan and Pamela can attest after a long vinegar-laced dialogue trying to do better for my YA one Starbucky morning), I can see them together, a body of work that spans from fun and light to a Dolly Parton-like "laughter through tears" to what might just be weighty literary fiction.

I don't see it so much as genre-hopping as I do writerly progression. For one thing, I'm nowhere near brave enough to tackle one idea that came to me on a trip to Israel in 2007. The day will come, but I'm not there yet. And that's okay; the title looks at home at the bottom of the list.

And for another, I can't seem to escape myself no matter what I write, so I suspect there's a stronger thread knitting my catalogue together than the stories and plots suggest. I think Amy Tan once said she was surprised that people thought her books were similar, but I'd be a member of that chorus. Tan's alchemy, of course, is her ability to wring fresh tears and laughter from the mother-daughter-sister relationships, to help women see themselves across generations and cultures, and maybe help men recognize a bit of estrogen when they look in a mirror. That's something to shoot for, the comfort of well-loved themes revisited in a manner that always reads fresh.

There are a number of writers whose work I've read much of, if not all. The usual suspects, many of them, but my list is growing. This month I've been on an Elizabeth Berg-a-thon, another writer whose take on the female condition keeps pulling me in. She dips from girlhood to widowhood, from Elvis to Weight Watchers, all of it clean as an autumn morning, but still of a piece.

So sure, while my titles and ideas are all over the place, I'm not worried. They are part of a whole. I don't know if these exact ideas are the ones my pen will find. I assume others will fatten the list as I grow and learn and experience life. All of it leading to the day I savor a long list of titles stacked inside the lovely hard cover of the title I have yet to imagine at all.
Posted by Elizabeth Lynd at 5:00 AM