In case no one's noticed by now (after four other posts on the subject) we can’t say enough about our retreat. Those of you who follow our blog regularly have already read about the anticipation, the preparation, how what started as a comedy of errors turned into a productive and enjoyable weekend, and the wonders of having the perfect critique group.

I suppose the only thing left is to share with you what this retreat meant to me on a more personal level.

Let me begin with a confession. I believe all my colleagues here at WWW would agree that other than when I’m reading at critique (my voice projects), I am the quietest member of the group. Setting up my workspace in the dining room, as Elizabeth did, would be my worst nightmare. Since I must have silence in order to accomplish anything, I spent most daylight hours voluntarily sequestered alone on the back patio. (Joan joined me one day, but we agreed to ignore each other.) I had the lake and the trees to keep me company. Occasionally the neighbors’ puppy escaped from their yard and paid me a visit as well.

I’m not so much shy as the product of an unconventional and isolated childhood. I won’t go into that here because it will be discussed at length in the interview Joan will post next week. Let’s just say that I have no problem speaking in front of large groups and can pretend to be an extrovert when I must. While I’m slow to make the first move, invite me on a nature walk or out to coffee and I’ll probably jabber away like a bubbly teenager as long as it is one-on-one. Put me at a table with a group of people, however, even ones I know well, and I’m easily overwhelmed by all the conversations going on around me. Unless I believe I have something important to contribute, I never learned the art of jumping in gracefully. I sit there, nodding, smiling, perhaps even laughing, but inside I suspect that everyone views me as the socially awkward step-child. I know I do.

The beauty of this group is that they seem to accept my quirks and not take it personally. We all have our quirks.

I imagine most writers need to escape sometimes, to kick back in a hammock and get lost within a novel for a few hours, to stay up until two in the morning to finish a scene, secure that no children will burst into the room at dawn. In my case, I also needed the freedom to sit by the lake with my sketchpad. I hadn’t opened it in over a year and, as I watched my youngest daughter’s face form on the page, I wondered why I don’t make the time for this more often. Sure, I have to fumble and erase a lot to get the results I want, but I find that process oddly relaxing and it enhances my writing. What better way to get inside the head of an artist than to become one, at least for an hour.

Unlike at home, I had no problem remaining at the keyboard for extended periods of time. I had no husband or children to entertain, no errands to be run, I could eat (or not) whenever I chose, and I had no responsibilities other than helping Elizabeth prepare Sunday night’s dinner. Normally I’m lucky to get 500 words a day written. I tripled that one day. If I got stuck or needed someone to read over a paragraph for me, five honest (though differing) opinions were just a few steps away.

Piggybacking off of what Julie said in her post, a good critique group is as much a blessing as a bad one is a curse. I’m sure that anyone who took creative writing classes in college or graduate school has experienced the latter. It’s impossible to give constructive feedback to someone with whom you’re competing. I believe that what makes our group work so well is that the person who would reach for my book likely would not buy Pamela’s and vice versa. Elizabeth's and Susan’s audiences would not overlap, while Susan’s and Julie’s might, but only to a degree. Joan and I would share some readers, but we appreciate each others strengths and are grown up enough to bluntly say "this prose stinketh" if it does.

Trust is essential. It’s scary to read work aloud and then silently listen while five other people point out every flaw. That said, I’d rather friends point them out than agents or publishers. Instead of rambling on about how helpful everyone was in general, I’ll give a concrete example.

I spent most of Sunday writing a scene that takes place at a 1911 exhibition of Carl Ahrens’ work. I happen to have a lot of raw material about this event as it was the high point of my great-grandfather’s career. My workspace was filled with newspaper articles, photographs, reviews and pages from Madonna Ahrens’ memoir. My head was full of facts and figures as I banged out about 1700 words.

The comments after I read my scene out loud:

Susan: Um, Kim, this is a bit journalistic.

Julie: I perked up when you got to the dialogue. Can you start there?

Elizabeth: I'm not crazy about the first line and when you say “the viewer sees” something in a painting it feels rather intrusive. Everyone will see something different.

Joan: Carl and Madonna are always affectionate in public and they don’t care what anyone else thinks. That behavior’s not unusual.(She's the only one who has read everything so far.)

Pamela: There are a lot of names here, Kim. It’s Mr. this and Mr. that. Madonna’s the only woman so you don’t need to use her name in every sentence. (It was a ROUGH draft – what can I say?)

I could have let my creative bubble burst, I suppose, as I was only one of two writers at the table who were not handed a single rose to go with all those thorns that night. Instead, I mulled it over for a day or so, opened a fresh document and started over.


My original first line (universally hated): On the opening night of the exhibition, Madonna felt smug.

What follows: a description of the room and who was in it, Madonna pondering whether the current arrangement with Carl’s patron needs to be amended, and how this exhibition differs from others in Toronto. After that it gets to the good stuff, though even that could be stronger.

New first line: Madonna had not seen Edmund Walker since the day he unwittingly called her a whore to her face.

What follows: Madonna buttonholes Walker (Carl’s harshest critic) at the door, knowing that a meeting between the two men would lead to an altercation that would be recounted in all major Ontario papers the next day. An awkward and pointed conversation takes place where Madonna passive-aggressively criticizes the way exhibitions are generally run (Walker's domain), parrots Walker’s own remarks in a manner that makes him look foolish, and boasts of Carl’s successes that night. The gist: I'm not afraid to disembowel you with a smile.


Thank you, ladies, for caring enough to point out that my prose smelled a bit ripe.

I hope other writers are so blessed. 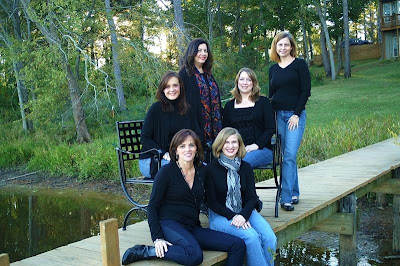