What I Learned From Picture-a-Day

Every morning of my son’s senior year, I downed enough coffee to perk me up to take a decent picture before he ran out the door. Occasionally I'd review them, but at that point the experience of the moment outweighed the end product. 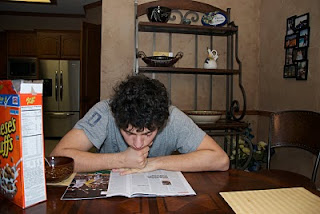 Here we are a month after the last hug I’ll have for a while and sometimes I revisit those images when I’m missing Austin the most. What I wouldn’t give to see his nose in a magazine or newspaper next to a bowl of sugary milk, to welcome him down the stairs, willing to pose yet again, to see his proud smile showing off the place he will call home for the next four years.

Scrolling through the images now, I notice subtle differences over time: increasingly tired eyes from late nights studying, overdue haircuts, and as the year progresses, diminishing stress levels as college acceptances arrive, relief when a final choice is made and finally, celebration after the last test and graduation ceremonies. 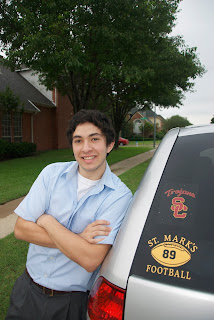 Yesterday I had a brilliant idea. It would make much more sense to get a daily picture now, while he’s half way across the country! So I texted him:

“Can you text me a picture?”

“Sure, why?” (attaches image, though his back is to the light and it’s not a great shot)

“Cause I’m blogging about how we should have done a college picture-a-day project since now I can’t see the real thing every day. And by the way, Dad says the picture will come out better if you face the window instead.”

“I’ll agree for the picture, but let’s not make this a habitual thing.” 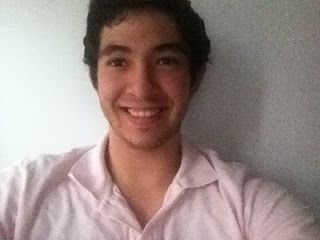 It won’t surprise you to know I hope my husband and I have done a good job. I get a kick out of revisiting the past year and miss Austin's face every day.

If I’ve done my job with my manuscript, readers will want to revisit the images of The Architects at Highgate. (Yes, beta readers, I realize adding an “s” does not adequately change the title!) They will fall in love with my characters as the story unfolds, yearn to know what those characters are doing long after they close the book.

As I add the finishing touches I need to ask myself: After living with Gabriel, Luca, Janey and Aidan over the course of the book, have I left my readers wanting more?

I won’t have more pictures-a-day of Austin this year, but most days we text and we talk to him via FaceTime once a week. Yesterday he said he bought some cereal and, in my mind’s eye, each morning he reads the school newspaper next to his bowl of sugary milk. And next month I’ll get a real hug.
Posted by Joan Mora at 6:00 AM