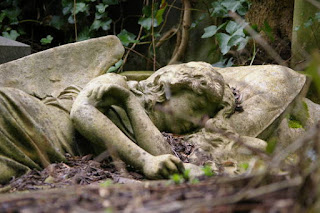 I love reading books with big sprawling plots. Books with secrets and teases, dropped-in trinkets that ultimately lead to clever endings. And if they feature paintings and jewelry and headstones, all the better. Stories that lure you into the past, drop you in the present, and tug you back again. Take any Kate Morton novel, for example. Not only is she a master of plot, but there are little gems like scarves and storybooks and brooches that appear at the beginning, go missing, and end up on different continents perhaps decades later. It’s no secret that I’ve pulled apart her books, mapped her chapters by character and setting. Because I write what I like to read, and why not learn from a master?

I’m writing my fourth manuscript. Which by now should make me an expert. But, of course, I’m not. Confession: I’m feeling like this needs to be “the one.” Not that I would give up if it weren’t—I love writing too much—but it’s time. Julie’s success is surely motivation for all of us, but it’s more than that. I’ve worked it, really worked it. Revised, edited, put it out there for critique, revised, and edited again. I’ve backloaded sentences, cut extra words, freshened my dialogue, twisted clichés, moved chapters forward and back. But is it ready?

Keeping track of the details can be difficult. Not only the little trinkets—where is that Wexford Cutty clay pipe or the key to the mantle clock?—but also the characters. Did Luca know Janey’s name in Chapter 5 or Chapter 8? In this last round of revisions, I found ways to heighten the tension, add unique details, turn two characters into one (Hello, Simon! I knew you were a rat, but I only just realized you were other things, too!), change a scene from sneaky to emotional. (Thank you, Kim, for the advice on what to do with those hand bones!) 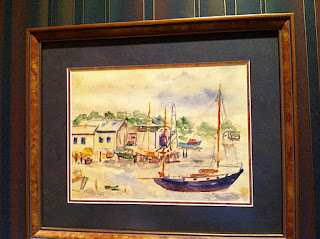 Have I manipulated it too much? Now that I’ve started, I can’t stop. I’ve been writing notes on slips of paper to remind myself of my genius ideas. Of course the ghost would react when her relative shows up. Hello, I need a wrap-up scene for her, too. Charles Dickens just happened to write an article about the Great Exhibition, which features prominently in The Architect at Highgate. But if anyone can tell me what “only from walls” or “reflect—Luca seemed like museum” means, I’ll send you big thanks.

At some point my big sprawling manuscript must be launched. Am I hesitating because I don’t want to make the mistakes I made with the earlier books, by sending them out too soon? Or in the wrong publishing climate? Or both? Maybe I’m afraid this won’t be the one. What then?
Posted by Joan Mora at 5:00 AM