Timing is, well, just about everything 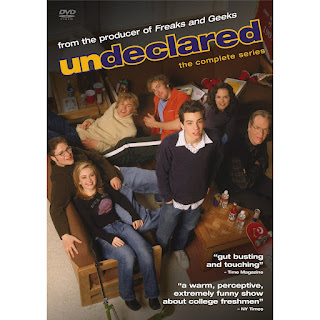 My boys are big fans of the show Undeclared. Created by Judd Apatow (Knocked Up, Bridesmaids) and starring Seth Rogen (Knocked Up, 50/50) and Jay Baruchel (Nick and Nora's Infinite Playlist, She's Out of My League), the show featured college freshman Steve (played by Baruchel) and his friends as they embarked "on one of the greatest experiences of their lives" with Steve's recently divorced and despondent father in tow. It had all the makings for a successful series--a great story idea, talented up-and-coming actors, good writing and directing. So why did it end after only 17 episodes? It debuted on September 25, 2001--at a time when our country was in the early stages of recovering from the worst terrorist attack on our soil. Did anyone really care about Steve and his buddies? The timing, obviously, was catastrophic.

As writers, we hear a lot about timing. How the right book at the right time will make just the right impact on readers. While story and talent weave to make compelling reading, WHEN that story crosses the desk of an agent or lands on the shelves of book sellers can also be huge. If you had spent months or even years writing the most awesome story about a time-traveling man and his wife only to start querying a week after Audrey Niffenegger's story sold, then chances are you heard no, thanks and no, not now and perhaps no, never again.

So how do you make timing work in your favor?

Enter the business with an open mind and a pocketful of ideas. Recently Elizabeth could be heard banging her head on her desk when a NYT best-selling author announced her new book--one Elizabeth had at the ready in her to-be-written file. Did she give up writing? No, not at all. She just kept on with the book she was currently writing and knew she had other stories also waiting to be written. But I'm not entirely sure she's shelved the idea for the book. She's also aware that story ideas are often approached from unique angles and done very well. So perhaps she'll approach the book from another character's point of view or put her own take on it. I have no doubt she can do it.

Write well and often. If you're constantly getting ideas out in front of people, you'll increase your chances of hitting that target at the right time.

Stay abreast of market trends and understand the business. If you hear that zombies-who-run-brothels stories are hot, then DON'T write one. You'll be too late. But if you see that dystopian stories are big with young adults, then find a new take on that concept and run with it. Then you can pitch your book as "Brave New World meets Theseus and the Minotaur"--two timeless stories that merge to make something new--aka: The Hunger Games. Okay, that's been done too, but you see where your imagination can take you.

Develop relationships with others in the business. Perhaps you're writing and are pre-published, pre-agented like me. Attending conferences, building friendships with other writers via local writing/critique groups, online venues and more can keep you with one foot in a constantly revolving door.

Just follow Judd Apatow's lead. When audiences didn't embrace Undeclared, did he consider himself a failure? No, not at all. He went on to produce: Bridesmaids, 40-Year-Old Virgin, Forgetting Sarah Marshall, Get Him to the Greek, Step Brothers, Talladega Nights, Anchorman, Super Bad ... too many movies to list. Every story, apparently, in its own time.
Posted by Pamela Hammonds at 2:00 PM