By Susan
I've written a lot on this blog about The Angels' Share, the manuscript that began as a seed in my brain back in 2006, and I don't hesitate to make fun of my own rookie mistakes and amateur status as a writer. Frankly, just to call myself a writer without feeling like a fraud is the greatest gift I've ever given to myself. This morning, at 2:45 am, I wrapped up the (hopefully) last round of edits for Brilliant Agent and collapsed into my bed, full of gratitude.


With that said, now I'm going to get a little personal, and tell you about my Big Dream.
Back in 2008 when my baby girls were nine and six years old, I was flying back and forth across the country pitching online marketing and custom website design to trial attorneys while my husband also worked full-time and served—along with Miss Kathie, our full-time child-care provider—as the primary parent. I was making money—I had a sweet title, a high salary, and ridiculously generous bonuses. I had achieved success, by American standards. And I was absolutely miserable.

Without wasting your time, I'll say this: I hated everything about my then-fourteen-year career in sales. Whereas I used to thrive on being in charge, on making money, and on winning the big client, by 2008 I was simply burnt out. Time, I realized, had been the trade off for my success. I wanted to be with my children before they grew up. I wanted to reconnect with my husband before—I feared—I would lose him. I wanted my life back. 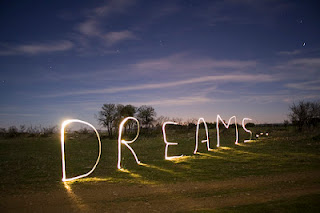 And I wanted to follow my Big Dream—just to see what might happen.
And so, after terminating forty-three employees in two waves of autumn layoffs, I, too, left the corporate world in December of 2008. Since that time? I wrote my novel. I co-founded this blog with my wonderful and talented writing group, and these girls you see on this page have become some of my closest friends. I attended conferences, and created my own writing retreats. I worked another sales job, briefly, before spending two years in non-profit work with trafficked children in Ghana. Detours, perhaps—on the road to following my Big Dream. Life-changing and enriching detours that have shaped who I am and what I will do next.
That's how I got here—to this place of gratitude. On December 19, 2011—almost three years to the day of leaving my sales career, I got The Call. I'd only sent out ten query letters. I had three full manuscripts floating out there, in the hands of three big-time agents who were way out of my league, and it was the week before Christmas. The timing wasn't right for sending query letters, I'd been told (another one of my rookie mistakes.) By Christmas Eve, a second agent, one whom I also admired and respected—offered representation. By December 28, the third agent who had my full manuscript emailed as well to ask if we could talk, unless it was too late and I'd signed with someone else. My Big Dream was happening, and my head was spinning.
And so on January 10, 2012, I signed a contract with Leigh Feldman of Writer's House, the agent who called me first. A Real New York Agent, as my father tells his fishing buddies in Lake Weiss, Alabama. The one who sold Memoirs of a Geisha, and Cold Mountain, and Bloodroot, as my mother will tell anyone who asks. Over the past six months, Leigh has become my counselor, my professor, and my friend. She's pushed me further than I thought I could go. Under the careful prodding and smart questions from both Leigh and her fabulous assistant, Jean Garnett, I've turned my rookie manuscript into—hopefully—a finely-crafted debut.
This summer, I get to hang out with my daughters and sneak away for weekend getaways with my sweet and patient husband—the one who didn't leave me after all. Leigh is now charged with selling The Angels' Share to an editor who I pray falls in love with my story, just like Leigh did herself, five days before Christmas.
I'm full of gratitude for the past four years of my life. I'm thankful for my choices, and my family, and my friends who helped me get here—those who believed in my writing even when I didn't. It's not been easy. In fact, it's been the hardest and scariest thing I've ever done.
I'm about to hit "send" and fling my novel through cyberspace and back to Leigh, where she and Jean will twist and wring and squeeze it over the next forty-eight hours. Then she'll fling it back to me for a fast and final polish. After that? In her very capable hands my little story will be introduced to Big-Time Editors at Big Scary Publishing Houses. And guess what? I don't know what will happen next. I fear rejection and failure. I fear acceptance and success. And I fear the Big-Time Editors.
Just like I feared leaving sales. Just like I feared getting on a plane to Ghana. Just like I feared writing full-time and still being able to pay the bills. Living my Big Dream, I've realized, isn't easy or pain-free.
My life still isn't perfect, and it won't ever be. But I'm content. I'm living true to who I wanted to be—A Mom. A Wife. And now that I'm here, I won't ever go back. I'm a Writer. And I'm living my Big Dream.
Posted by Susan Ishmael-Poulos at 12:00 PM