The first official Memorial Day took place on May 30, 1868, when General John Logan proclaimed the remembrance of fallen soldiers; flowers were placed on the graves of Union and Confederate soldiers at Arlington National Cemetery. Today it's a national holiday, although many southern states still honor their Confederate soldiers on separate dates. 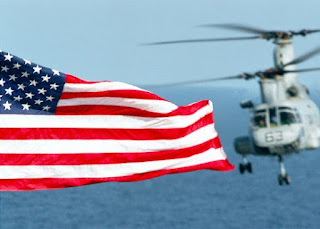 Over time, the meaning of Memorial Day has diluted from honoring war dead to the inclusion of honoring all deceased--even those who have not fallen in service to our country. In 2000, a National Moment of Remembrance was passed to help reeducate the public about the reason for the holiday. So, today, at 3 p.m., all Americans are urged to "voluntarily and informally observe in their own way a moment of remembrance and respect, pausing from whatever they are doing for a moment of silence or listening to 'Taps.'" I'll pause to pray for safekeeping of those currently serving our country.

I thought it was also fitting on this day, to recognize American authors who served our country during war times. Here is a list of author/soldiers I thought you might recognize:

A more inclusive list of American author/soldiers exists online, and many non-American authors dutifully served their countries during war times such as C.S. Lewis and J.R.R. Tolkien. I researched dozens more lesser-known American authors and was struck at how most wrote volumes of science fiction. If I'm somehow skipped over one you think deserves mentioning here, please leave a comment.

*Both Cummings and Hemingway were ambulance drivers.
**Adapted for the screen as Full Metal Jacket.

Posted by Pamela Hammonds at 12:07 PM