A Review of Code Name Verity by Elizabeth Wein 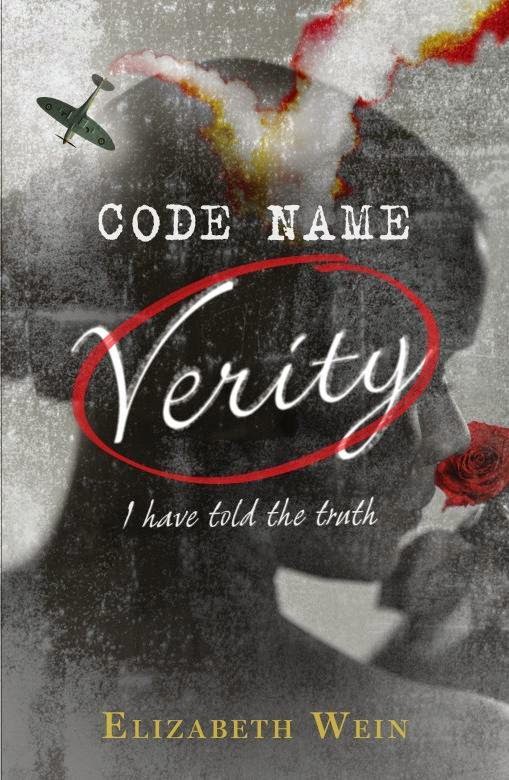 Synopsis of Code Name Verity (from the book jacket):

On October 11th, 1943, a British spy plane crashes in Nazi-occupied France. Its pilot and passenger are best friends. But just one of the girls has a chance at survival.

Arrested by the Gestapo, “Verity” is given a choice: reveal her mission or face a grisly execution. They’ll get the truth out of her. Only it won’t be what they expect.

About Elizabeth Wein (from the book jacket):

Elizabeth Wein was born in New York City, grew up abroad, and currently lives in Scotland with her husband and two children. She is an avid flyer of small planes. She also holds a PhD in Folklore from the University of Pennsylvania.
My review:

I discovered this book while at Barnes and Noble with my twelve-year-old, waiting for her to narrow down her selections enough to not melt my credit card. As many of you know, a WWII setting is enough to get my attention.  This novel had the added bonus of having won the Michael L. Printz Award for Excellence in Young Adult Literature from the American Library Association. I tried to shove it into my daughter’s hands, but she had her eye on the Divergent series and so I bought it for myself.

Code Name Verity was a roller-coaster of a novel starting with that first sentence – I AM A COWARD – which made me have to know why the protagonist thought so.  “Verity” is a young Scottish girl trapped in Nazi-occupied France without her ID, a prisoner of the Gestapo after caught looking the wrong way while crossing a street. Yes, it appeared she told the Nazis anything they wished to know, but so would I if someone threatened to pour kerosene down my throat and light a match. She was not a coward, I thought, just human.

“Verity” only offers a smattering of details of what the Nazis have done to her during interrogations, leaving much to the reader’s imagination. The omissions are not merciful to those who can picture well enough what pins could do to toes.

Halfway through the book, after a page that left me howling “NO,” the psychological torture continued with a point-of-view shift that changed everything I thought I knew.

While this is an exquisitely researched historical novel, it throws the reader into “Verity’s” shoes with a jolt just as compelling as the opening of The Hunger Games. Even teens that would normally roll their eyes at anything involving history will likely be unable to tear themselves away.

Have you read this novel? We’d love to hear your thoughts!
Posted by Kim Bullock at 6:00 AM