You probably saw it in the news: LeVar Burton, forever Kunte Kinte to those of a certain age, forever Geordi to those of another, and the beloved host of Reading Rainbow to yet another generation, held a Kickstarter to reboot the show that ran on PBS for over 20 years, beginning in 1983. The new venture, which reached its initial goal in eleven hours, and raised over five million dollars from over a hundred thousand contributors, is an app and a virtual library. You can read about the kickstarter campaign and the plans Burton and his partners have here: Reading Rainbow Kickstarter. He's about to be famous to yet another generation, and as far as I'm concerned, that's terrific news. 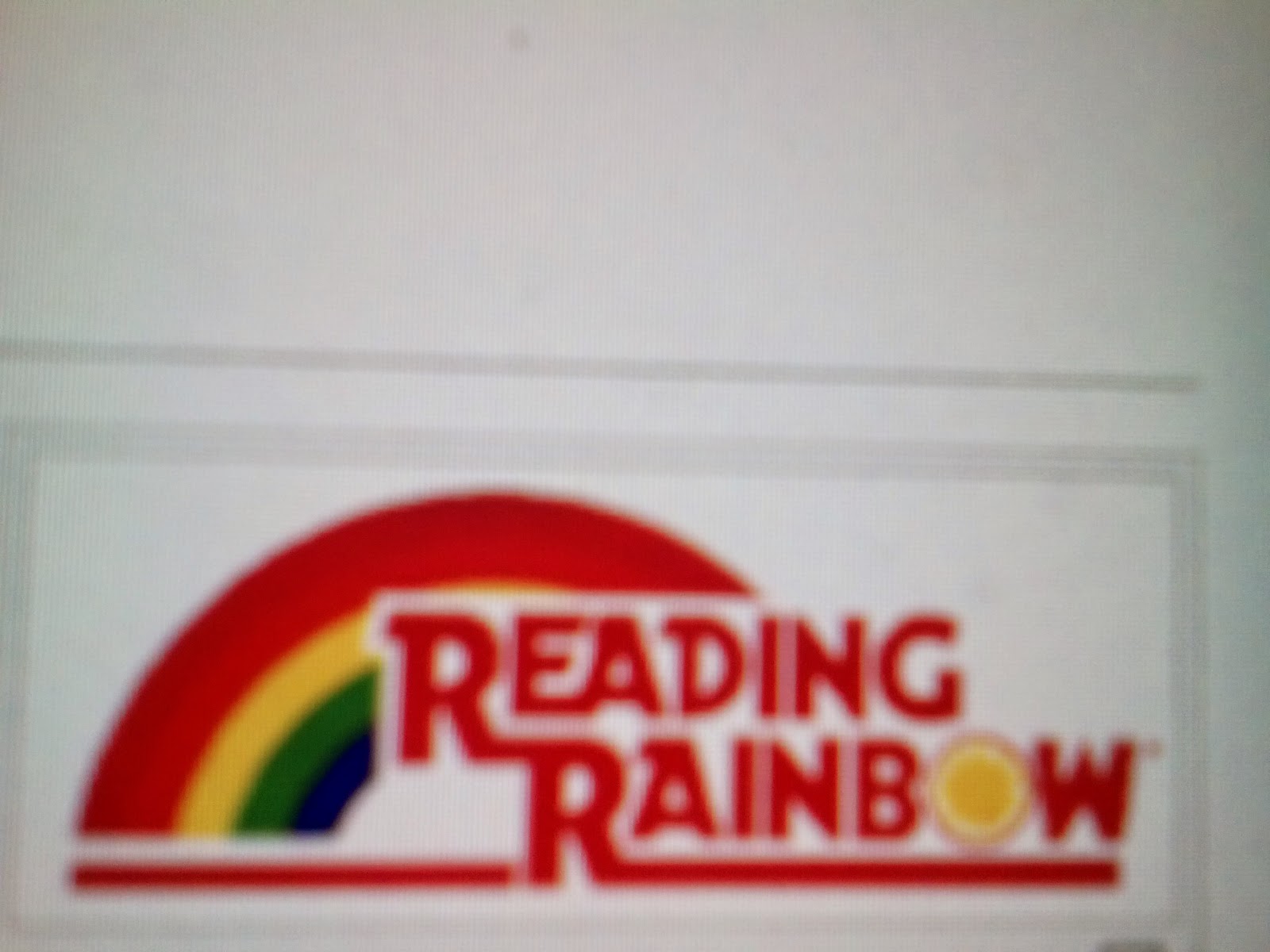 I didn't really watch Reading Rainbow myself. By the time it hit the airwaves, I was a teenager (and a bookworm); and while my kids were young enough to be viewers when it was still on the air, it somehow missed our radar. No worries: both of them can be found every day of the week with their noses in a book. I can't think of a day this decade when that was not the case.

But that's not true of literally millions of children. Susan shared some grim statistics earlier this year. Those adults who don't read were kids who don't read, and many of them are raising a new generation who also won't read.

As a bookworm, as the wife and mother and daughter and sister and aunt of bookworms, this makes me sad. I've seen plenty of kids who don't read, don't understand the value of sitting down with a good book, who might never savor the simple joy of cracking a fresh spine and diving into a story. Reading has simply been one of the greatest pleasures of my life. So when I saw that Reading Rainbow, a show I hadn't watched but had admired as I passed the TV on the way to the bookshelf, was getting a fresh run, I got excited. I understood this is another chance for another generation to connect with books, with stories, to open a little vein and let ink enter their blood.

When books come up (and they always do; I suppose it's me), and non-readers hear how much my family reads (I swear it's conversation, not bragging), the inevitable reply is something along the lines of "Oh, that's so good!" And while I secretly agree, it hardly seems worthy of a compliment. It would be like me admiring how much they enjoy ice cream (another quality at which I excel). But then when I think about it (another thing I always do after these conversations), I wonder precisely why it's such a good thing. It's a pastime, isn't it, no different than playing the guitar or baseball or bridge?

But it's not. It's more. It's solitary and shared; it's silent and aloud; it's quiet and boisterous and heart-wrenching and contemplative. It's the opportunity to step into any world (including those of musicians and athletes and card players), any time, and to soak up the history of the world. It's a rainbow, every color, every stripe, and it's available to everyone.

Which is what the whole re-invigoration of Reading Rainbow is all about. Which is why I'm excited. And why it's time to stop writing this blog post: I've got a book I'm dying to finish, and LeVar, I'm going to go read.
Posted by Elizabeth Lynd at 8:00 AM