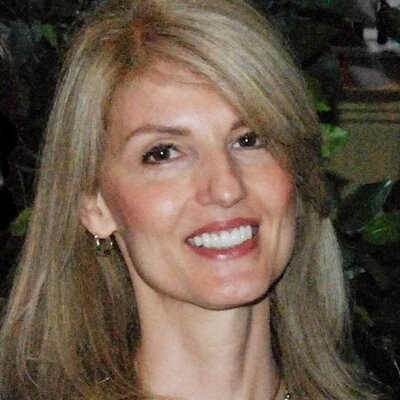 I've been invited by Denise D. Falvo to participate in the Writing Process Blog Tour. I know Denise from Writer Unboxed and the Pitches and Plots group on Facebook. We will finally get to meet in person at the Writer Unboxed Un-Conference, which is taking place in Salem, MA, from November 3-8th. (Sign up for that here!) Denise is currently working on a fantasy series called StarDust. You can follow her on Twitter @DDFalvo and on her blog, Drakaenwood.  She lives in the Midwest in a century-old house with her husband, two daughters, a sassy cat and the ghost of a stubborn Irish Setter. (Another believer in ghosts!)

Without further ado, here are my responses.

What am I working on?

I can’t say I’m accomplishing much at the moment beyond playing chauffeur for my kids, but summer will end on Monday and my temporary hiatus from writing will be over. When I do have a few moments to myself I plug away at a rewrite of my historical novel, tentatively titled The Oak Lovers. Consistent feedback from agents convinced me my story would be best served by changing it from two viewpoints to just the one.

As many of our regular readers know, The Oak Lovers is the story of Madonna Niles, a gifted young artist who flees her morally rigid home in the summer of 1900 to join Roycroft, an art colony in Western New York. A chance encounter with landscape painter Carl Ahrens, a striking and worldly older man, draws Madonna into an exhilarating web of creative obsession and forbidden love. When Madonna is faced not only with the devastating reality of Carl’s tuberculosis, but also that he lives at the mercy of a wife who insists prayer will cure him, she must make a choice: abandon the man she adores for the sake of her own artistic ambitions, or shoulder the burden of his survival in a world that would forever be set against them.

How does my work differ from others in my genre?

Many historical novels are written about familiar figures from the past, household names like Van Gogh or Napoleon or Frank Lloyd Wright. My novel features an artist who was considered a master in his lifetime but has been overlooked since. This prospect is both a blessing and a curse. On the one hand, I have a story that hasn't been told before about an artist who deserves to take his rightful place in history. On the other, I have to convince an agent and publisher to take a chance on marketing a novel about a painter who, though larger-than-life, will have only a modest built-in audience.  I have to trust that in the end it is all about the story and that the book will eventually find a home.

Why do I write what I do?

My answer boils down to one word. Love. Love for the idea of soul-mates. Love for a grandmother taken before I had the chance to know her. Love for the sound of native drums and the smell of sweetgrass. Love for a foreign land that has become my soul’s home. Love for the joyful cobalt blue dabs in most of my great-grandfather Carl’s paintings. Love for a story that is in my blood, a story only I can tell.

It was love that led me to attend a writers’ conference in Austin, Texas, several years ago in order to pitch a biography called Knight of the Brush. The subject was a certain Canadian painter. Agents listened kindly to my clumsily delivered spiel, some even invited me to send my proposal, but I sense most lost interest as soon as I mentioned my connection to Carl. Put Bullock at the bottom of the slush pile I imagined them saying to themselves.

An editor told me big publishers would never buy an artist’s biography unless his name was Monet or Degas—something recognizable. She suggested I approach a small university press in Canada, preferably from Carl’s hometown.

Undaunted, love led me to build a website featuring Carl’s best and brightest work, paintings that disprove his reputation as a “dark tree painter.” The president of the Waterloo Historical Society (Ontario) found the site and asked me to contribute an article about their native son for the Society’s annual volume.

The “little something” turned into a 6,000 word cover story and an invitation to be the keynote speaker at that year’s launch, which was being dubbed Carl Ahrens Day. Two months later I did just that at the Kitchener Waterloo Art Gallery. It was the first time in seventy years that a collection of Ahrens paintings had been exhibited to the public.

Later that same year Carl shared the spotlight with Andre Lapine, one of his closest friends, at a second gallery. I spoke at the opening day, and have two more standing invitations to speak.

Powerful enough for me to scrap the biography and tell Carl and Madonna’s story in a way that would bring them to life for everyone else as they have always been for me.

Powerful enough for me to start over when my attempt to do so was not quite good enough.

I have no choice. There’s a story in my blood, and I’m the only one who can tell it.

How does my writing process work?

I won’t lie. This book has taken a long time to write, partly because it began as narrative nonfiction and has become more fictionalized over multiple drafts. This latest version is more "based on" the lives of my great-grandparents than an attempt to write any sort of joint biography. The framework of their story remains in place, but since it is now all in her viewpoint the story arc has certainly had to change. I had to let go of a lot of things, little “darlings” that wouldn't matter to the average reader, but meant a lot to me. These changes had to come gradually.

This is a difficult question to answer because my process for this book was different from what I used with my earlier novels, or what I will use with future ones. In general I get an idea, I research, and then I write a draft in anywhere from three to nine months. Then I revise and polish. The Oak Lovers took me about five years to have a complete draft because I edited as I went along.

Any other story would not come with any outside pressure to “get it right.” I would not have family or art collectors waiting to read with any sort of expectations over what I will put in and what I will leave out. It is hard to write that way and I would have given up long ago if I didn't know I was meant to tell this story, if I didn't have faith that I’d eventually do it justice.

And now I would like to tag C.G. “Chris” Blake to participate in the tour. Blake is an author and editor with more than 30 years of experience as a journalist. A former newspaper reporter, Blake is drawn toward stories about family dynamics. His personal “Holy Trinity” of authors consists of Anne Tyler, Alice McDermott and Alice Munro, but he reads widely across many genres. Blake published his first novel, Small Change, in 2012. Family secrets are at the heart of Small Change. The Sykowskis, who live in the Chicago suburbs, and the Crandales, from rural Iowa, meet at a Wisconsin lake resort. The two families grow close over the years until a stunning secret threatens to break their bonds. He is working on a second novel, A Prayer for Maura. Blake maintains a fiction writing blog, A New Fiction Writer’s Forum (http://www.cgblake.wordpress.com). By day, Blake is an association management executive for two higher education associations.