Let me tell you a story. It starts with a main character, our protagonist, and ends with his overcoming a storm of conflict. Along the way, the other characters bend and break and rebuild him so, by the time you reach the ending, he will have evolved into a transformation of himself, a guy who sees the world differently. It's a pretty simple formula that's used in most works of fiction. At times it's man vs. man, man vs. beast, man vs. weather, or man vs. himself.

If you study writing, you learn words and phrases such as:


What you might not learn is the myriad ways to tell a story. Literary devices can be used to make your story original and when it works, it's fabulous. Here are some novels that employ their own unique methods of storytelling. I'd recommend each as required reading, especially if you want to devise your own unique path to take the reader from 'once upon a time' to 'the end.'
(NOTE: Text in italics is from the publishers.) 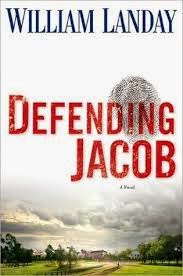 Andy Barber has been an assistant district attorney for two decades. He is respected. Admired in the courtroom. Happy at home with the loves of his life, his wife, Laurie, and teenage son, Jacob. Then Andy’s quiet suburb is stunned by a shocking crime: a young boy stabbed to death in a leafy park. And an even greater shock: The accused is Andy’s own son—shy, awkward, mysterious Jacob. Andy believes in Jacob’s innocence. Any parent would. But the pressure mounts. Damning evidence. Doubt. A faltering marriage. The neighbors’ contempt. A murder trial that threatens to obliterate Andy’s family. It is the ultimate test for any parent: How far would you go to protect your child? It is a test of devotion. A test of how well a parent can know a child. For Andy Barber, a man with an iron will and a dark secret, it is a test of guilt and innocence in the deepest sense. How far would you go?

Throughout the book, we read transcripts of a trial that reveal the testimony of Andy while being questioned by ADA Neal Logiudice. Those transcripts help tell the story of how Andy continues to defend his son even as the line between guilt and innocence becomes increasingly blurred. It's a method of storytelling that works in this tale of paternal devotion at all cost. 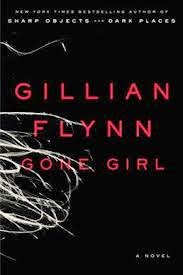 On a warm summer morning in North Carthage, Missouri, it is Nick and Amy Dunne’s fifth wedding anniversary. Presents are being wrapped and reservations are being made when Nick’s clever and beautiful wife disappears. Husband-of-the-Year Nick isn’t doing himself any favors with cringe-worthy daydreams about the slope and shape of his wife’s head, but passages from Amy's diary reveal the alpha-girl perfectionist could have put anyone dangerously on edge. Under mounting pressure from the police and the media—as well as Amy’s fiercely doting parents—the town golden boy parades an endless series of lies, deceits, and inappropriate behavior. Nick is oddly evasive, and he’s definitely bitter—but is he really a killer?

It took me a while to warm to the storytelling device of this novel--hearing Nick's side as told in typical novel formatting (i.e. action, dialog) and hearing Amy's voice, at first, through the pages of her diary. But as the story progresses, you understand why we're getting to know Amy this way. And it works masterfully. 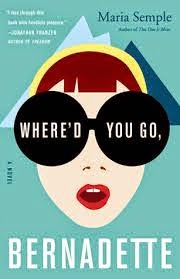 Bernadette Fox is notorious. To her Microsoft-guru husband, she's a fearlessly opinionated partner; to fellow private-school mothers in Seattle, she's a disgrace; to design mavens, she's a revolutionary architect, and to 15-year-old Bee, she is a best friend and, simply, Mom.

Then Bernadette disappears. It began when Bee aced her report card and claimed her promised reward: a family trip to Antarctica. But Bernadette's intensifying allergy to Seattle--and people in general--has made her so agoraphobic that a virtual assistant in India now runs her most basic errands. A trip to the end of the earth is problematic. To find her mother, Bee compiles email messages, official documents, secret correspondence--creating a compulsively readable and touching novel about misplaced genius and a mother and daughter's role in an absurd world.

As the publisher reveals here, the story is told through Bee's piecing together her mother's correspondence. I honestly didn't expect to get sucked into the story the way I did, but maybe because I have a fascination with people's private lives (What's more private than reading someone's mail?) and am a bit of a snoop, this novel was purely entertaining. My thinking is, though, that had it not been so masterfully crafted, it would have fallen flat. In Semple's hands, it was a treasure. 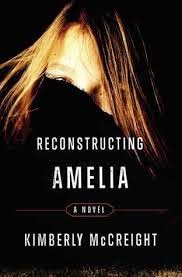 Kate's in the middle of the biggest meeting of her career when she gets the telephone call from Grace Hall, her daughter’s exclusive private school in Park Slope, Brooklyn. Amelia has been suspended, effective immediately, and Kate must come get her daughter—now. But Kate’s stress over leaving work quickly turns to panic when she arrives at the school and finds it surrounded by police officers, fire trucks, and an ambulance. By then it’s already too late for Amelia. And for Kate.

An academic overachiever despondent over getting caught cheating has jumped to her death. At least that’s the story Grace Hall tells Kate. And clouded as she is by her guilt and grief, it is the one she forces herself to believe. Until she gets an anonymous text: She didn’t jump. Reconstructing Amelia is about secret first loves, old friendships, and an all-girls club steeped in tradition. But, most of all, it’s the story of how far a mother will go to vindicate the memory of a daughter whose life she couldn’t save.

Similarly told as Gone Girl and Where'd You Go, Bernadette? in Reconstructing Amelia, we learn the back-story of Amelia Baron through her text messages and the blog posts of her classmates as her mother tries to piece the story of her daughter's life leading up to her death. 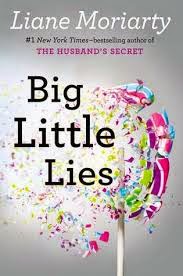 Big Little Lies follows three women, each at a crossroads: Madeline is a force to be reckoned with. She’s funny and biting, passionate, she remembers everything and forgives no one. Her ex-husband and his yogi new wife have moved into her beloved beachside community, and their daughter is in the same kindergarten class as Madeline’s youngest (how is this possible?). And to top it all off, Madeline’s teenage daughter seems to be choosing Madeline’s ex-husband over her. (How. Is. This. Possible?). Celeste is the kind of beautiful woman who makes the world stop and stare. While she may seem a bit flustered at times, who wouldn’t be, with those rambunctious twin boys? Now that the boys are starting school, Celeste and her husband look set to become the king and queen of the school parent body. But royalty often comes at a price, and Celeste is grappling with how much more she is willing to pay.

New to town, single mom Jane is so young that another mother mistakes her for the nanny. Jane is sad beyond her years and harbors secret doubts about her son. But why? While Madeline and Celeste soon take Jane under their wing, none of them realizes how the arrival of Jane and her inscrutable little boy will affect them all. Big Little Lies is a brilliant take on ex-husbands and second wives, mothers and daughters, schoolyard scandal, and the dangerous little lies we tell ourselves just to survive.

While maybe not quite as devoted to employing a device to tell story, Big Little Lies does feature the police interview transcripts of a Greek chorus of unreliable witnesses to a crime that Moriarty invokes to keep the reader enthralled in a seemingly everyday tale of parents behaving badly that ends in the death of one of the major players. It's humorous and yet compelling as we make our way through the story of lies--both inconsequential and life-changing. 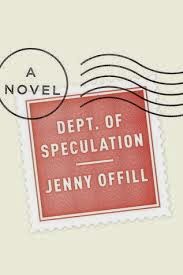 Dept. of Speculation is a portrait of a marriage. It is also a beguiling rumination on the mysteries of intimacy, trust, faith, knowledge, and the condition of universal shipwreck that unites us all.

Jenny Offill’s heroine, referred to in these pages as simply “the wife,” once exchanged love letters with her husband postmarked Dept. of Speculation, their code name for all the uncertainty that inheres in life and in the strangely fluid confines of a long relationship. As they confront an array of common catastrophes—a colicky baby, a faltering marriage, stalled ambitions—the wife analyzes her predicament, invoking everything from Keats and Kafka to the thought experiments of the Stoics to the lessons of doomed Russian cosmonauts. She muses on the consuming, capacious experience of maternal love, and the near total destruction of the self that ensues from it as she confronts the friction between domestic life and the seductions and demands of art.

Offill tells the story of a two people in a stream-of-conscious form of writing that's both extremely lean and exquisitely crafted. Part aphorisms, part reflections, part meditations, it's a quick read that you'll either embrace or dismiss. I'm betting you'll embrace it.


The uniqueness of these books' compositions is fraught with the gamble each author took to tell the story in a way that could have been perceived as gimmicky but instead bordered on genius. Do you have one to add to the list?

Posted by Pamela Hammonds at 7:00 AM