NaNo is Still NaNot for Me

Back in 2009 Pamela, Julie, Elizabeth and Susan all blogged about NaNoWriMo (short for National Novel Writing Month). Elizabeth committed to the full 50,000 words and she did it. The others (including Joan, who did not publicly weigh in) all had ambitious private goals and all made great progress.

I was the lone hold-out. I’d written a novel in three months before so, despite evidence to the contrary, I can produce words quickly. In fact, it took me ten minutes to compose a 525 word excuse about why NaNo was NaNot for me. I read it over again this morning, and much of it still applies. Here are the highlights, adjusted for 2011 circumstances.

One: I would kill myself writing 50,000 words in a month only to spend the next year rewriting 49,000 of them. Twice. I’d have plenty of time to do it because my family would no longer speak to me.

Two: According to NaNo rules, you are supposed to work on an entirely new project. I would rather hack off my own arm than abandon a novel within 10,000 words of typing The End.

Three: My office remains just as it was in 2009. Click here and feel my pain.

Four: My family members expect to eat and have clean clothes to wear.

Five: NaNo works great for writers who compose first and edit later. I write like a painter paints – in layers. Start with a sketch, add a wash or two, build up details here and there, etc. If the composition as a whole doesn’t work, I don’t want to waste my time crafting scenes that I’ll have to murder later.

Six: My protagonists are both artists, so composing like a painter makes sense.

Seven: The Oak Lovers is mainly a true story. Research is on-going and I have no control over when new details will fall in my lap. Sometimes that information changes a dynamic of the story, making revisions necessary before I move on.

Eight: I don’t want my two children asking why I spend more time with my dead great-grandparents than with them.

Nine: Who picked November? Thanksgiving break! Nutcracker rehearsals and performances! Visiting relatives! Teacher conferences and school programs! What is NOT happening this month? 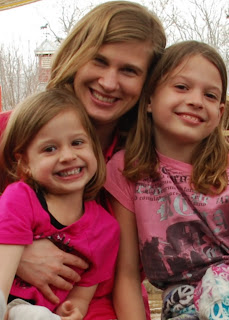 Ten: Composing requires me to disengage from my life and take up temporary residence in 1920. I’ll tweak dialogue while driving Ashlyn to school or compose one of Carl Ahrens' clever insults while listening to Sasha talk about her day. Something as benign as a phone ringing can shatter my focus. My family all know I’m not “entirely here” when I’m working. It’s mentally exhausting to live trapped between centuries. If I spent a month moving directly from one chapter to another without emotionally decompressing, the men in white coats would come to cart me away by the end.

I have nothing but respect for all the writers who have committed to NaNo. I’m thrilled for the participants who post updates on the Writer Unboxed forum on Facebook. I read your posts, I cheer you on, and then tap into your creative energy to plod along on my own manuscript. My word count at the end of the day might be one zero less than the 2500 or so average I see others composing, but it is still forward progress. I am content.

How about you? Are you participating in NaNo or have you in the past? We’d love to hear your experiences.
Posted by Kim Bullock at 5:00 AM