The Underside of Joy 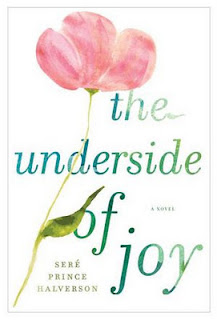 Now and then in life, you come across someone and you seem to have an immediate connection. Sometimes it sticks. Shortly after I was offered representation by Elisabeth Weed and sold Calling Me Home, I connected with Seré Prince Halverson, another one of Elisabeth's authors. We haven't met in person, though we will later this month when she comes to Austin, Texas, for a signing at BookPeople, a wonderful independent bookstore, and we've been jumping up and down like little kids, counting the days.
In the meantime, we rattle off Facebook messages like teenagers, as if we've known each other forever, often laughing over the little things we find in common, and dropping our jaws over the big ones.
Seré's debut novel, The Underside of Joy, released in mid-January. I'd been wanting to read it since before we ever met. At the BEA Editors Buzz Forum last year, where Seré's book was featured alongside books like Naomi Benaron's Running the Rift, Chad Harbach's The Art of Fielding, and Erin Morgenstern's, The Night Circus, her editor Denise Roy (Dutton) said, "It gave me goosebumps. On my face." And who wouldn't want to read a book that gives you goosebumps on your face?
The book lived up to my expectations and then some. When I finally got my copy, I stayed up until nearly three a.m. reading, then passed out and finished it the next morning. I handed it to my mother, an avid reader. By the next day, she'd finished, too. She was up until four a.m. reading Seré's powerful story. But let me stop gushing and tell you about the book. Here's the description:

To Ella Beene, happiness means living in the Northern California river town of Elbow with her husband, Joe, and his two young children. For three years, Ella has been the only mother the kids have known. But when Joe drowns off the coast, his ex-wife shows up at his funeral, intent on reclaiming the children. Ella must fight to prove they should remain with her while she struggles to save the family’s market. With wit and determination, she delves beneath the surface of her marriage, finally asking the questions she most fears, the answers jeopardizing everything and everyone she most loves.

Rather than the fairy tale version of step-motherhood that pits good against evil, The Underside of Joy explores a complex relationship between two women who both consider themselves to be the children’s mother. Their conflict uncovers a map of scars — physical and emotional — to their families’ deeply buried tragedies, including Italian internment camps during WWII and postpartum depression and psychosis.

I knew I'd want to have Seré as a guest on What Women Write, but I wanted to do something out of the ordinary, not just a standard Q&A. As I read The Underside of Joy, things began to jump out at me. Themes. Metaphors. Whatever you want to call them, they intrigued me. They're kind of my thing. I started jotting a list, then asked Seré if she'd be willing to take this palette of words and paint a word picture for us. A picture of The Underside of Joy. A picture of Seré on an ordinary day. A picture of Seré as a writer.

She's a good sport. She said, "When I spoke at my book launch about how I came to write the book, I described it as a five-car accident in my head … five different things that collided and out of that I wrote the opening to the book. But a painting sounds much nicer than a car accident!"

I had fun matching Seré's words with photos I found on Flickr (all used by Creative Commons License, by the way). I hope you'll enjoy what Seré has done here with her palette of words, and I hope they'll intrigue you so much, you'll read her beautiful story, The Underside of Joy, too. You won't regret it.

Redwoods
I am known among my family and friends as someone who occasionally shouts, “Look at the trees! Look at the trees!” I have a thing about trees, especially redwoods. I lived in San Diego for 17 years. Gorgeous beaches. Swaying palm trees. Fragrant eucalyptus. But no redwood forests. I understand; you can’t have everything all the time. But when I moved back up to Northern California, I became somewhat of a tree hugger. (In the sense that I literally did hug them. But only occasionally. ) There is nothing quite like walking in a forest. The scents. The quiet. The cool, filtered, speckled air. The patch of blue sky floating way, way up above. And redwoods grow in family circles, feeding off the old mother tree. Once the redwoods planted themselves in my novel, their roots ran deep, and they stayed. 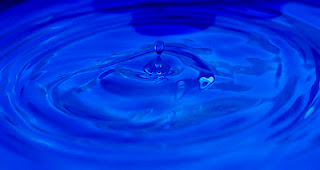 Water
I love the song “And It Stoned Me” by Van Morrison (Apologies to Lydia, a mutual friend of Julie and mine.) “Oh, the water…let it rain all over me.” The story in that song keeps coming back to the water, in all its different forms. Water keeps showing up in The Underside of Joy too. The ocean, the tears, the river, the Tupperware containers full of melted ice, the rain, the bathtub, the puddles, the pool…Oh, the water! There’s the strange way the deep forest almost seems like the bottom of the sea. To me, grief feels like drowning, debt and stress feel like drowning. But there are the cleansing properties of water too. And the nourishment of water that makes Ella’s garden grow, that gives Elbow its towering redwoods. 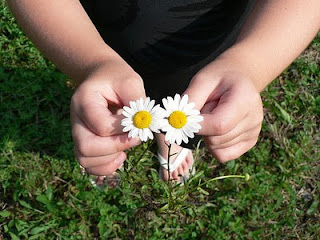 Stepparents
I am a stepparent and I have stepparents. My kids and stepkids have them too. In the best situations, the shared love of the same children unites and conquers all the jealousies and weirdness and comparisons that us humans carry inside us. But more often, that shared love weaves in and out of those other feelings. There are good moments and bad; the relationships between parents and stepparents can be deeply complex. And I’m a writer. Let me dip my pen into deeply complex any day. 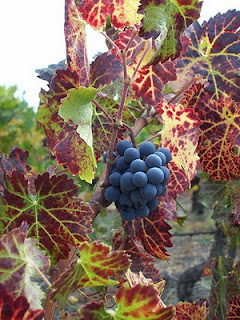 Terroir
Years ago, I wrote a website and press kit for a vineyard in Oregon. I interviewed the winemaker, Laurent, who had a gorgeous French accent. He explained all the intricacies of terroir—that sense of place that’s present in wine, and how some people argue that terroir is not just the place where the grapes are grown, but also what happens to the grapes, the choices made during the winemaking process. When I wasn’t writing websites and ad copy or driving kids around, I was working on The Underside of Joy. Terroir swirled around and around in my head. Soon the characters were talking about not just the terroir of wine, but the terroir of Annie and Zach. 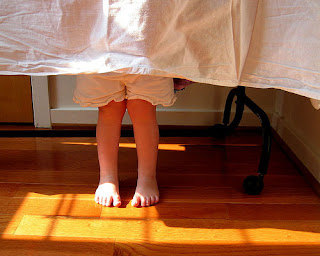 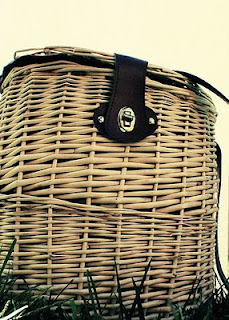 Picnics
What’s not to love about a picnic? There are ants and the threat of rain and occasionally, dog doo stuck in the rubber sole of someone’s tennis shoes making a horrendous stink. But we press on. We figure it out. We spread out our blankets and unpack a feast. Someone throws a Frisbee. We pour lemonade, wine perhaps. The sun peeks out from a cloud and warms our upturned faces, and we think of that someone who can’t be with us. A longing has followed us here after all, as we watch the kids play in the distance, already looking like the memory this day will soon be. We toast anyway. We laugh and love and reach for the chicken salad. 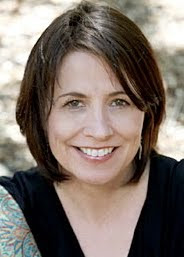 lives in northern California and worked as a freelance copywriter for twenty years while she wrote fiction.