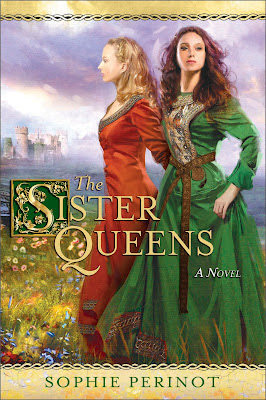 Today, we welcome Sophie Perinot to What Women Write. I've known Sophie for nearly a year as we've both participated in Book Pregnant, a group of authors debuting in 2012 and 2013. Sophie writes historical fiction and her first novel, The Sister Queens, released six months ago. We're helping Sophie celebrate her book baby's half-year birthday!

I am currently engrossed in The Sister Queens, which conveniently floated to the top of my to-be-read pile just in time! I'm generally not a huge reader of straight historical fiction these days—it seems I'm always busy trying to keep up with books releasing in my own genre.

HOWEVER … I've found The Sister Queens so far to be a compulsively and delightfully readable book. Sophie has created such an accessible story of her young queens, born sisters, then separated not only by marriage and distance, but by battles between their rival husbands and intrigue at their courts while they delicately attempt to balance their love for each other with ambition for their husbands and loyalty to their kingdoms. It's also fascinating to read of the critical responsibility each queen has to produce heirs. Necessarily, sex is a part of this story. I was, thus, both amused and not surprised to open the email from Sophie containing her guest post and see her file name, which wasn't the whole title. I grinned and thought, Where is she going with this? And then I found myself nodding along as I read what she had to say. I think you will, too. 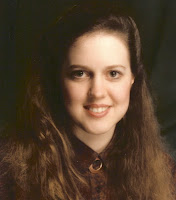 Judging men by the size of their …

Military victories and territorial holdings remain history’s measure of male success. Should they be the only ones?

Back in college I took a number “women’s studies” courses. At some juncture I dissected a stack of advertisements, horrified by how they objectified women and by the messages sent, often none too subtly, that a woman’s value was largely dependent on her physical attractiveness. My professor pointed out that society had an equally unfair rubric for judging men—“Men,” she said, “judge themselves and each other by the size of their paychecks and their (insert other p-word here).” Decades later, while researching my debut novel, this professorial quip came back to me as I tried to sort out the facts and my feelings about two medieval kings.

My novel The Sister Queens tells the story of Marguerite and Eleanor of Provence—13th century sisters who became the queens of France and England respectively. In doing so, it necessarily involves the lives of their husbands, Louis IX of France (Saint Louis) and Henry III of England. History has come to very clear conclusions about these sovereigns—Louis was a success and Henry was a failure. But in the process of writing my book I became more and more frustrated by the common perceptions of each man, and I started to believe that how we are accustomed to viewing them has as much to do with what matters in “H”istory as it does with who they were.

Traditional political and military history celebrates men who are effective rulers. The personal aspects of those men’s lives are either ignored or attached little value. I, however, came to writing with a background in women’s and social history. Those fields have a different view of what is important. I also came to my story as a woman or rather—since I was writing alternate first person present tense viewpoints—two women. The opportunity to look at each king through his wife’s eyes raised a pair of questions that (given that, generally, women now choose their own husbands) are even more relevant today than they were 700 years ago:
As I got to know Louis of France and Henry of England intimately, my personal answer to the “Louis or Henry, who would I marry” question became clear.

Louis IX of France is, in my opinion, the historical equivalent of the executive with a seven-figure salary who can’t remember his kids’ names and sends his assistant to buy his wife an anniversary gift.

Yes, I know he is considered one of his country’s greatest monarchs. Heck, more than this, based on his piety and his participation in the crusades, he is a Roman Catholic Saint. That last bit made me suspicious from the get-go. I mean, when you hear “saint” do you think “damn, I’d like to live with him”? Me either. A single fact associated with his canonization process confirmed my hunch and offered breathtaking insight into what it must have been like for Marguerite as Louis’s wife. Hearings on Louis’s candidacy began shortly after his death at the instigation of his family. Only one person close to Louis declined to testify before the committee of prelates gathered at St. Denis—his queen. I’d say that’s a sign of underlying resentment if ever there was one. Even when pressed by her son, the King of France, Marguerite of Provence wouldn’t yield. Was she just being petty? I don’t think so.

Having walked in Marguerite’s shoes while writing my novel, and seen Louis’s neglect of her time and time again, it seems to me that she had good reason for her refusal. Louis may have reformed French government and behaved with compassion and justice to his people, but he was a poor husband and an uninvolved father. Dismissive of Marguerite’s advice to the end, he ignored her pleas to forgo a return to the Holy Land, tromping off on a second crusade—a journey which cost long-suffering Marguerite not only a husband, but the lives of two of her children. Through Marguerite’s eyes Louis was NO saint.

Henry III of England is a 13th century example of a nice guy in over his head—you know, the one who inherits the family business and proceeds to run it into the ground because all he really wants is to be an artist.

History does not remember Henry III of England kindly. Considered naïve and unsuited to leadership at best (and downright simple at worst). he is ranked one of the least among English Kings. There is no denying that Henry was not an able monarch. There were times during my research and writing when I found myself ardently wishing Henry had been an architect (he had a passion for architecture and a fine aesthetic eye) rather than a king. He might even have made a go of it as a lesser nobleman on an estate in the middle of nowhere.

But king . . . the man was doomed. If he had a real talent, beyond his artistic taste, it was as a husband and father. In those roles, he excelled and the historical record is replete with evidence of it. In thirty-six years no hint of scandal ever touched his marriage to Eleanor of Provence. Again and again, he exhibited a deep caring for both his wife and their children. Henry became sick with grief nearly to the point of death when his youngest child, Katherine, who was physically handicapped and likely developmentally handicapped as well, died at age three. He continued to worry about his children’s wellbeing even once they reached adulthood, intervening repeatedly in his daughter the Queen of Scotland’s marriage. And, given the opportunity, he showed the ultimate faith and trust in his wife, making her regent of England in his absence. Eleanor saw all this—lived it. How frustrating it must have been for her to watch the man she loved, and who loved her in return, shoot himself in the professional foot again and again. Yet we know Eleanor grieved at Henry’s death.

So, back to those two pesky questions. Given that I live in a city that worships power (Washington, DC), my answers might surprise you. Unless you are a fellow married woman, and then I bet you’ll say “Duh.”
So, given my choice of royal husbands, I’d take Henry, failures and all. Louis wins the “paycheck” test, hands down. He is history’s idea of a “great man.” But I can think of a number of “Louis-like” men among my acquaintances, and I am thankful every day that I am not married to them. In the end, for this writer, the size of a husband’s heart matters more than his professional competence . . . or the size of anything that begins with a “p” for that matter.


Thank you, Sophie, for being our guest today! The Sister Queens is available both online and wherever books are sold. Try Amazon or Barnes and Noble or your local independent bookseller.

About The Sister Queens
Like most sisters, Marguerite and Eleanor were rivals.  They were also queens.

Raised at the court of their father, Raymond Berenger, Count of Provence, Marguerite and Eleanor are separated by royal marriages--but never truly parted.

Patient, perfect, and used to being first, Marguerite becomes Queen of France. But Louis IX is a religious zealot who denies himself the love and companionship his wife craves. Can she borrow enough of her sister's boldness to grasp her chance for happiness in a forbidden love?

Passionate, strong-willed, and stubborn, Eleanor becomes Queen of England. Henry III is a good man, but not a good king. Can Eleanor stop competing with her sister and value what she has, or will she let it slip away?

The Sister Queens is historical fiction at its most compelling, and is an unforgettable first novel.

About Sophie Perinot
Sophie Perinot received her BA in History from the College of Wooster and her law degree from Northwestern University. She is an active member of the Historical Novel Society and lives in Virginia.