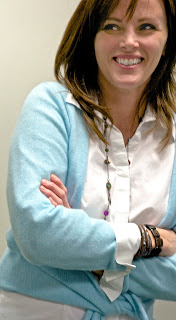 Have you ever eavesdropped on a conversation between two strangers? Gone a weekend road trip with a woman you've yet to meet? Had someone contact you after stalking finding you online? Do you have the nerve to approach a stranger in a public restroom?

For me, the answers to the above questions are: Yes, yes, yes and hell heck, yes! (my mom reads this blog)

In the fall of 2006, I attended a meeting of the newly-formed and not-yet-officially-named Writers' Guild of Texas in the basement of the Richardson Public Library. I slipped into the back row (because I'm Baptist and we never sit up front if we can help it) behind two women who quietly chatted during the meeting's breaks. At one point my ears pricked a little at the mention of "critique" and "emails." So, I leaned in as the meeting ended and said, "I couldn't help but overhear that the two of you said something about critiquing." Those two unsuspecting women were Joan and Kim.

Flash forward nine months or so and the three of us (as well as Kim's mom, Deb) attend our first writer's conference together in Austin. Later, Joan would connect with Elizabeth at a Lesser North Texas Writers' critique group at the Barnes and Noble in Plano. Then I met Elizabeth when she rode with Joan and me to the OWFI conference in May of '08. (This is the "weekend road trip with a strange woman" part.)

Julie happened to contact me after stalking me on stumbling upon my personal blog. I agreed to meet her for lunch (in a well-lit, very public place) and we immediately connected.

In the spring of 2009, I ran into Susan in the restroom at the DFW Writers' Conference. We were both about to pitch our manuscripts to agents and formed a bond based on shared nerves.

Lots of emails and lunches later, we had the idea that all we discussed--the critiquing, the goal setting (Who wants to join me in writing 10,000 words this month?), the encouraging, the networking--might benefit other women who write. (And possibly even a few men?)

Most of us were maintaining our own blogs anyway and Kim had a website dedicated to her great-grandfather's story and art, so how hard could it be to put together a group blog? Turns out, not hard at all. Since there are six of us, we determined it would be most feasible and manageable if we posted three times a week--Monday, Wednesday, Friday--and we set a schedule that, nearly 250 posts later, has varied little.

In order to drive traffic and attract new readership, we reached out to people more famous than we are--published authors, editors and agents--who generously lent their time and expertise to our blog posts. And continue to do so still today. (For a look back at who we've interviewed, see the list below our head-shots here on the right hand side of the blog. Click on any name to read the interview or guest post.)

Then, as most of us hopped on the Facebook trend, we decided we could reach readers that way, too. So we added a fan page on Facebook and continue to add new fans there as well. Folks who twitter can also link to us there.

Those who know me well have probably never heard me use the word "fate" or even "coincidence" much. I'm a believer in events happening for a reason. Every cross-country move I've made in my adult life, every meeting I've decided to attend, every stranger I've approached in a restroom, I believe has connected the dots in my life for a greater purpose.

While it's wonderful to have a support system at home or a mother who thinks you're the next Harper Lee, having friends in your camp who know firsthand the sting of rejection, the frustration of making time to write and the struggle to create prose that sings cannot be measured.

If I had had the opportunity to dictate whom I would meet, the women I would connect with and form life-long friendships with that extend far beyond our shared writing goals, I would have raised my hand and said, "I choose: Elizabeth, Joan, Julie, Kim and Susan." Rather serendipitous, I think, that they were chosen for me.


Photo by Rick Mora
Posted by Pamela Hammonds at 6:00 AM