From Sixteen Candles to (edited to prevent embarrasment to the author)

Allison Pearson got me thinking. Her latest novel, I Think I Love You, was released last week, paying homage to her own teenage crush on David Cassidy. (For you young 'uns, he was in a show called The Partridge Family, about a family band that traveled around in a semi-psychedelic converted school bus--oh, never mind.) I myself was too young for him, and the younger brother Danny was hardly heartthrob material (then or now). Instead, I simply wished to be the triangle-tapping younger daughter. At least until the actress who played her appeared in a teenage pregnancy warning film when I was in tenth grade. Oh, Tracy. 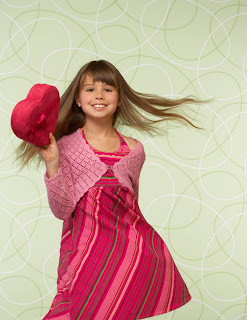 But crushes. Oh, crushes! Especially those early ones. I watched Hairspray with my daughter this past weekend, and when Tracy Turnblad sings "I hear the bells," I felt all tingly myself. The lyricist did a knock-down job of tapping into his own adolescence. Nikki Blonsky, playing Tracy, flapped her lashes so convincingly, she must secretly have harbored the hots for Zac Effron. And if she didn't, she deserved every dime she made just for reviving the bubble of infatuation I once felt when David and Darren (real people, last names edited to prevent the embarrassment of the author) bumped past me in the high school hallways.

But celebrity crushes especially. Like with Pearson's book (and to an extent, Tracy Turnblad's love interest, Link, as well--he is on local daytime television, after all), there is something about those crushes that sticks with us. We believe, fiercely, that we are different, that if only the object of our desire could meet us, he would see it too. He would realize we are The One for Him.

Nonetheless, those celebrity crushes--early ones, and maybe even contemporary ones, because our taste improves with age, right?--stick with us. And even if I never write a novel titled Better Off Dead, my early (ahem) crush on John Cusack surely informs my work, at least obliquely. There's a scene in one of my novels in which the character's heart does a flip, and I can tell you this: writing it wasn't just Serendipity.

Okay, so my taste is still the same. I have a fantasy that if I were ever widowed due to a tragic accident, I could write a memoir based on the tragedy, and John Cusack would play my husband in the movie. I'd be a consultant, of course, and then we'd finally meet, and he'd fall madly in love with me, and I'd have his babies, and...

Or not. Still, it's fun to pretend, fun to remember, and since my husband is smart enough to rent a Cusack movie just for me every now and again, no harm or foul. I guess there have been other celebrity crushes along the way (my first, and I can't believe I'm admitting this, was on Richard Dawson. When I was about six. Which was before Family Feud--I adored him on Match Game, before he started demanding liplocks with every female he encountered. Forget that, you lost me at hello.) (So much for sparing the author embarrassment.) A little Eric Stoltz, maybe--do you remember how he gripped his friend Watts' hips when she practiced kissing with him?! And get in line, ladies: I'll take a little Colin Firth, you betcha.

In honor of Valentine's Day, I asked the other ladies here at What Women Write what celebrities had rocked their worlds, now and then. And not surprisingly, their choices reflect their writing tastes to a certain extent. Pamela's number one choice, for instance, is a master of romantic comedy. As is she.

Okay, this is so easy. Hugh Grant. I even forgave him of his brush with The Law and the androgynous drag queen/hooker years ago. It's the accent. It's the sense of humor. It's the crinkles around his eyes--his blue, blue eyes.

I'd follow him to Notting Hill and back, let him write the Music and Lyrics of my life and, with less than Two Weeks' Notice even attend Four Weddings and a Funeral if he were present. It's Love, Actually that allowed me to forgive him films such as Did You Hear About the Morgans? and Mickey Blue Eyes. It's all About a Boy who grew up on the screen before me and captured my heart.

I don't remember a teenage crush. No Tiger Beat or other mags either. Couldn't afford them. I do remember liking Peter Frampton--probably The Hair. :) And then in high school, after seeing Richard Gere in American Gigolo...my, my. But I'm sticking with Hugh.

I was hardly surprised to learn that Joan, who can't write a book without a ghost in it, includes someone who died too young.

My list is way too long. Let's see, teenage crushes: Donny Osmond and Bobby Sherman (how embarrassing, not to mention I just gave away my age). Celebrity crush(es), narrowing the list: Javier Bardem, Colin Firth, and the late Heath Ledger. Even in ghost form.

Susan, a classic herself, goes for the classics of the day, now and then. Just as her work captures the essence of the time she writes, so do her celebrity crushes:

Hmm... Teenage? Totally Scott Baio. Modern day? George Clooney. I could go on and on about my boyfriend George.

Kim, whose work in progress is a love story featuring a Canadian protagonist and a much younger woman, didn't have a single American on her list. (But she's got nothing against them! Her marriage license is proof.)

My celebrity crush would be Colin Firth. I adored him even before he was Mr. Darcy. It's not that he's drop-dead gorgeous, but there's just something about him. The accent, the smile...sigh. He comes across as a romantic in interviews as well.

I never had 'pinups' on my wall in the typical sense, but I had a subscription to GQ at 15. I liked men, not boys! My teenage crush was Rupert Everett--glad I didn't know he was gay then! I actually have quite a list now--Colin Firth, Alex O'Loughlin, Matthew Good, Antonio Banderas and Stephen Moyer.

And Julie, who left our first retreat early to get to a concert, and who has more than one character who struggles with "being good" surely reflected on her own past in conjuring dilemmas for her novels. 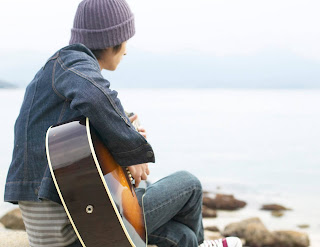 I'm sad to say I never owned a copy of Teen Beat or Tiger Beat. I was into British Invasion music, so the mainstream music heartthrobs never caught my eye. A few movie stars popped up here and there and show an interesting pattern. I was a preacher's daughter, and guess what? They were the teen bad boys or the ones getting the girls in trouble even if they weren't actually bad. Matt Dillon was my first big Hollywood crush. I fell long and hard, and was ever so jealous of Kristy McNichol playing opposite him in Little Darlings.

Now? Any folk rock singer or movie star with a British/Scottish/Irish accent gets my vote. I'm right there with Pamela and Kim on Hugh Grant and Colin Firth, but I can even be won over with a decently faked accent, so I'll add Jeffrey Dean Morgan to the list.

So Hugh, if you are listening...or Colin or George or especially John...

Or your crush. Readers, care to chime in? It's Valentine's Day. Share the love.
Posted by Elizabeth Lynd at 6:00 AM