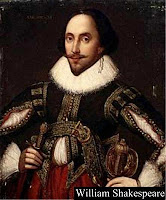 Why is my verse so barren of new pride,
So far from variation or quick change?
Why with the time do I not glance aside
To new-found methods and to compounds strange?
Why write I still all one, ever the same...
(Shakespeare's sonnets #76)

If Shakespeare can feel it: that lack of originality, that empty feeling of failure, then can't we all?
I'm at that place now, where I have driven my narrative as far as (I think) it can go. There's conflict, suspense and pain. There's longing, there's love. It's got generations of conspiracy and deception and passion. Yet as I pick apart each scene, I catch myself thinking: Is this familiar to me because I wrote it, or because I've read it from other authors a thousand times before...? The threat of the common plot line and flat characters is as scary as, well, being average.
I grew up in a house where being average, blending in, and not making a scene were considered the most honorable of all traits. In fact, to go-with-the-flow was expected. Go to the same church, college, country club, and live in the same town as "we all always have." I rebelled against this notion from the start, trying to go farther, live louder, and do more than anyone around me (to the sometimes-chagrin of my parents). In fact, in my youth I would rather fail spectacularly than be average, and am still that way today. In some ways, that methodology helped me. Other times, I simply crashed and burned (a lot).


When it comes to writing, I reach to find the ceiling of the plausible. I research likely scenarios, draw "what-if" charts, and plot endlessly. I try, to my best ability, to at the minimum be interesting. Not to be cliche. To first keep myself interested enough to keep writing. Only then can I even guess that I would keep my reader interested in what I have to say. 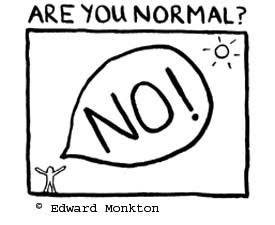 Yet now, here I am. Thinking that the cliches are slipping in to the story line. Thinking my love story has gotten predictable. I'm finding holes in my crime and evidence, and my dialog seems, well, just boring.
And overall, I'm terrified that my biggest fear may actually be true: Maybe I AM normal. So, I go back to the drawing board. Back to my original goal for this manuscript: To complete it. To love it. For other people, maybe, to love it too.
My goal was never grab an agent or sell the manuscript or even to publish it. My manuscript, The Angel's Share, is simply a labor of love. In many ways, it is a love letter to that deeply-rooted family I complained about above. It's work that is my own, and more than anything else, it's FUN. I hope it is An Original. I hope it is a reflection of me, yet something that stands on its own as well.
And I hope yours is An Original too.
Posted by Susan Ishmael-Poulos at 5:00 AM