Amy Einhorn stops in for a chat

I'll confess to being a big fan of the acknowledgements pages of books. Even before I called myself a writer, it was typically the first thing I read when starting a new book.

When I read The Help last year, I noticed the name Amy Einhorn in Kathryn Stockett's acknowledgement and also on the spine of the book. The name sounded familiar to me, so I did a little research and found that, over the past 20 years, Ms. Einhorn's career included editorial posts at formidable publishing houses. Her latest venture is an eponymous imprint at G.P. Putnam’s Sons. The Help was her first title as publisher.

I thought it would be fun to find out what she had coming up, so I contacted one of her helpful assistants, and he put me in touch with Ms. Einhorn. 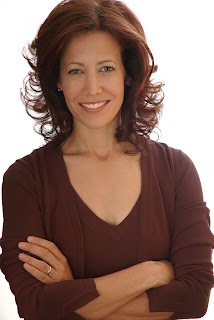 AMY: My latest venture, my eponymous imprint, is definitely my most exciting publishing position to date. What I wanted to do was establish an imprint that hit that sweet spot between literary and commercial books – because that’s the place I as a reader find myself. And I think it’s a place where a lot of other readers reside as well. I wanted the imprint to be fairly small in the number of titles we publish (between 8-12 a year) because it was important to me that if my name was going to be on the books that they all be books worthy of my name being on there (in our business your reputation is everything) – so they had to be books I loved.

Luckily I’m in a position where I can only publish books I love – I don’t have to fill slots, like so many editors or publishers have to do these days. And lastly I wanted it to be a mix of both fiction and nonfiction. Setting Amy Einhorn Books up at a place like G.P. Putnam’s Sons gave me the best of both worlds – the publishing might of the most successful publisher in the business while allowing me the benefits that come from having a small imprint.


PAMELA: Your imprint is described as ‘intelligent writing with a strong narrative, always with great storytelling at its core.’ What other characteristics distinguish your imprint from others at Penguin? What sets you apart from competing publishers?

AMY: I think what distinguishes my imprint from others is that Amy Einhorn Books aims to hit that sweet spot between literary and commercial. And I think we’ve done this quite successfully. Having the benefit of the most successful publisher’s sales, marketing and publicity departments coupled with the exposure of being on a small list is fairly unique. But what I think sets my imprint apart from others, let’s face it, is me. And what I bring to the picture is a publisher/editor who is incredibly hands on – about everything – covers, flap copy, securing quotes, soliciting booksellers, the list goes on and on. And lastly, a major difference is probably that I edit everything I publish. And I really edit. (which never ceases to amaze some agents, I should add)


PAMELA: Since you publish books that blend literary elements with commercial appeal, how do you know a book is both?

AMY: That’s a great question. I think I know a book literary but with commercial potential is when I personally like it. The only thing I’ve said I won’t publish at the imprint is precious MFA navel-gazing novels – where the writing is gorgeous but there’s no story. In my early 20s I could get through them, but now that I’m older and have more going on and less time I get impatient for a story to happen.


PAMELA: I think that's true of most of us. You certainly chose a winning novel when you published The Help as your debut title. Did you anticipate the reception it has garnered?

AMY: I don’t think anyone could have predicted that the book would sell over a million copies and counting in hardcover. But I knew when I read it that it was something special. It was the first novel I bought at the imprint. I had been here for a few months and hadn’t bought any fiction. For a while I started to think perhaps I was being too critical of my submissions but then I read THE HELP. I always say it was kind of like when I was single and I would go on a string of bad dates and I’d start to doubt myself, thinking perhaps I was being too picky, but then when I met my husband I thought, “oh, that’s what it’s supposed to be like.” That’s what it was like when I read THE HELP – I knew.


PAMELA: For me, the magic of Kathryn Stockett’s novel was in the voice and the way she flawlessly weaved Aibileen’s, Minny’s and Skeeter’s stories, blending in spot-on secondary characters with both humor and tragedy. Did you worry at all about the length for a debut novel?

AMY: One review recently said “it’s too long by 50 pages and readers won’t want it to end” or something like that. And I think they’re right. I did think it was long. But not too long (if that doesn’t sound like I’m parsing my words). I tried to cut it, but try and try as I did to cut, there wasn’t any fat, there weren’t any scenes we could do away with. In the end I think the book’s length and heft ended up helping us – when you look at the book, at over 450+ pages, it looks like a great value – especially when you keep in mind that we published this in February 2009 when the bottom was free falling out of the economy. So this looked like a book you could spend a lot of time with and was worth the cover price.

PAMELA: I remember forcing myself to slow down as I approached the closing chapters. I didn't want it to end either! And next you have Sarah Blake’s The Postmistress due out in February. The premise sounds fascinating. Can you tell us about your role in choosing it?

AMY: This is actually a funny story. Originally I rejected it. It had a different title, the main character didn’t appear until page 150. I knew by page 90 that I was going to reject it because the storyline was a mess, but I loved the writing so I read the entire thing. Editors never read entire manuscripts if we know we’re going to reject them – we simply don’t have the time.

So then I wrote a rather lengthy rejection letter saying she’s a wonderful writer but the story’s a mess and I thought that was it. On to the next thing. But I couldn’t get the story – mess and all – out of my head. So a month later I called the agent, who hadn’t sold it (again, messy story), talked to the author on the phone to make sure she’d be on board with my editorial changes, and bought it – and then sent her a 17 page editorial letter. We ended up doing four major revises on the book – it’s completely different than when I first bought it. And I’m so glad I persevered. It’s a wonderful, wonderful novel.


PAMELA: That sounds like a great overcoming-the-obstacles story for an author. What other upcoming Amy Einhorn titles can we look forward to?

AMY: Lots. Well there’s THE POSTMISTRESS by Sarah Blake (Feb. 2010) a wonderful, sweeping story of three women in 1940, when America is on the verge of entering into WWII.

Then something completely different is THE HOUSE OF TOMORROW by Peter Bognanni (March 2010) that’s in the spirit of What’s Eating Gilbert Grape, a very quirky, funny novel.

THIS IS NOT THE STORY YOU THINK IT IS: A SEASON OF UNLIKELY HAPPINESS by Laura Munson (April 2010) is a memoir that hopefully you’ll be h

earing a lot about in the upcoming months. There’s a buzz starting to happen surrounding this title and with good reason. A portion of it appeared in the Modern Love column of the New York Times and created a firestorm. The memoir is about how the author committed herself to an end of suffering and stopped basing her happiness on things outside of her control during a period of time after her father had died and her husband questioned their marriage. It’s a powerful, wise book that I think so many people will relate to and find helpful.

And lastly there’s THE LOST SUMMER OF LOUISA MAY AL


PAMELA: So you are also considering narrative nonfiction and memoir.

AMY: Absolutely, see above THIS IS NOT THE STORY YOU THINK IT IS. I also just bought a book called NEXT STOP by Glen Finland that’s about the summer the author spent travelling the Washington, DC, train system with her 21 year old autistic son with the hope of his learning to navigate it himself and be the first step toward his independence.

Or WHERE’S MY WAND: ONE BOY’S MAGICAL TRIUMPH OVER ALIENATION AND SHAG CARPETING by Eric Poole (June 2010)– “Set in the Midwest of the 1970s, this memoir evokes that idyllic old-school time before computers and cell phones, when people were horrible to one another face-to-face.” It’s hysterical.


PAMELA: It sounds like we have a lot to look forward to reading. Those of us endeavoring to break through to publication love hearing stories about authors being discovered out of the slush or over the transom. Do you have one you can share?

AMY: Unfortunately I don’t – but I do think Kathryn Stockett’s story of having THE HELP rejected by 60+ agents should give any aspiring writer hope. It only takes one yes.


PAMELA: A lot of agents blog with sage advice to writers. I think they hope we pay attention and query according to what they ask in terms of guidelines. And we can learn a lot about how they spend their days. What do you wish agents knew about your job?

AMY: I think most agents are fairly knowledgeable about what we as publishers do. I do wish people would realize how much time and energy editors spend on editing – the authors see the work that happens, but other than that, the work is really invisible to the rest of the world (as it should be, I realize)– but that doesn’t make it any less important or vital to a book’s success.


PAMELA: Well, readers, you can see that Amy Einhorn Books has a lot planned for our reading pleasure in the upcoming months. Be sure to watch for these titles' releases, and thanks, Amy, for taking time to talk with us.
Posted by Pamela Hammonds at 5:00 AM