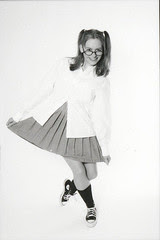 I'm using my scheduled post this week to plug a few fellow women writers whose books have released recently, are about to release, or have other exciting events happening.

I've been a member of Backspace, The Writer's Place, an immeasurably valuable forum for writers, for the last year and a half. Besides simply soaking up information shared about the craft and business of writing by Backspace's more than one thousand members, I've had the pleasure of celebrating along with fellow writers (like Therese Walsh) as they sign with agents, get book deals, and count down the minutes to "release day" -- the day their labors of love finally appear on a bookstore shelf.

With far too many to mention here, a few recent book launches have stood out for me.

Naseem Rahkah's The Crying Tree released last summer, but it didn't make it to the top of my to-be-read pile until the first week of 2010. In an interesting bit of timing, this week the Pacific Northwest Booksellers Association honored Naseem with one of their five 2010 Book Awards for this stunning novel. The Crying Tree isn't an easy read, subject-wise, exploring the fallout after a family's young son is murdered and his killer is sentenced to the death penalty, but I couldn't put it down.

A few other debut novels I haven't read yet are hitting the shelves this week and next.

Today, Melanie Benjamin's Alice I Have Been released to a flurry of media activity – an interview with Melanie on her local WGN station and a mention in USA Today. This fictionalized account of Lewis Carroll's muse sounds intriguing, not to mention Melanie is just a Very Nice Person. :) Rumor has it she'll pop up on our blog sometime in the near future for an interview with Kim. I can't wait to get my hands on Alice I Have Been. Melanie's signature on Backspace (and a line from the story, I assume) hooked me long ago: "But oh my dear, I am tired of being Alice in Wonderland. Does it sound ungrateful?"

EDIT: Larramie has a giveaway of Alice I Have Been if you comment today by 7 p.m. on the Divining Wand!

Next week, another Backspace author, Randy Susan Meyers, debuts with The Murderer's Daughters. This domestic drama sounds like another difficult, yet compelling read. (Hmm, I must like that combination! Gee, maybe that's why I write the stuff, too.) Bestselling author Jenna Blum said: "... Meyers explores the bond between two sisters clinging to each other in the aftermath of their mother's murder and their father's imprisonment ... and how their bond is tested by the reappearance of the past."

Backspace isn't the only thing driving my reading, however.

Last night I finished reading The Little Stranger by Sarah Waters, chosen because it showed up on so many best of 2009 lists. I loved the mesmerizing story and writing (and absolutely recommend it), but I have to say the doom, gloom, and despair left me needing a little mental lift. So I dove immediately into the December 29 release of one of my favorite teachers and mentors, author Barbara O'Neal (formerly writing as Barbara Samuel and Ruth Wind).

I was confident before I started reading The Secret of Everything, but reassured after the first fifty pages or so, that Barbara's tale of a hiking tour guide who returns to her childhood home in (fictional) Los Ladrones, New Mexico, to face her unremembered past will break my heart a few times, but leave me with a bright, satisfying glimmer of hope in the end. With another gorgeous setting and her usual dose of unique characters and situations, Barbara will weave a spell over me I won't want to let go of soon, though I'm sure I'll read The Secret of Everything far too quickly. (Caution: This one's a little racy!)

Last, but not least, long-time blog and Internet buddy Carleen Brice's Orange Mint and Honey is now a movie! It airs ...

Yes, football haters everywhere, unite and throw your own viewing party! Sins of the Mother, starring Jill Scott (singer and No. 1 Ladies Detective Agency star) and Nicole Behairie, airs on Lifetime February 7 at 8 p.m. CST. (And re-airs on February 25 at midnight, I believe.) Carleen's even throwing a contest with prizes for some lucky group of viewers.

EDIT: Lifetime listened to its viewers and graciously movied the airing of Sins of the Mother to February 21! Good news for Carleen, but bad news for those of us wanting an excuse to skip the Bowl. :)

Congratulations and best wishes to these authors!

Wouldn't you agree that all these exciting opportunities for reading and movie viewing leave no excuse for being bored with the usual ho hum or winter doldrums this month and next? Get thee to a bookstore.

Email ThisBlogThis!Share to TwitterShare to FacebookShare to Pinterest
Labels: Alice I Have BeenBarbara O'Neal, Backspace, Carleen Brice, Julie Kibler, Melanie Benjamin, Naseem Rakha, Orange Mint and Honey, Sins of the Mother, The Crying Tree, The Secret of Everything, Therese Walsh