Feedback is Something You Must Eat

All writers fear criticism. And here I thought it was just me.


When I started taking my writing seriously, the first step I knew I had to take was to seek feedback on my work. Of course, I think bourbon distilleries and monks and Kentucky history are fascinating, but would anyone else? I think my writing has potential. But is that enough to mass market? 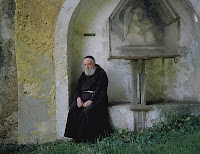 My first writing group was kind...at the beginning. By my third reading, I was feeling confident. I read a scene between my French monk, Thomas Merton, and my fictional bootlegger, Tom Clayfield. And they ripped me to shreds.
"They sound the same. This piece has no voice," one well-meaning critic stated.

"You keep talking about the 'distillery'. Don't you mean the 'still'? It doesn't sound like you know what you're talking about," another piped in.

In critique group, you are not allowed to respond. I gritted my teeth instead.

"Not enough dialog; you are telling instead of showing," one said.

"Your bootlegger doesn't sound 'hick' enough." The criticism went on and on.

I left in a huff.

I drove home gripping the steering wheel, running through all my explanations and excuses in my head. They didn't know anything, I surmised. They don't even know what a Distillery IS. Stupid critics.

A month later, I read the piece again. And they were absolutely right.

I hadn't come close to adequately explaining what a distillery is. My bootlegger DID sound as eloquent as my Columbia-educated, world-travelling monk. And showing versus telling? There was basically no dialog in this critical scene that should have been all conversation.

I humbly rewrote the scene.

Feedback is something we must eat, as unsavory as it may taste. I have also learned that just because someone says something in critique group doesn't mean he is correct. Yet the morsel of reality is always there.

I have since critiqued other writers' works. First, I ask the writer what they want from my feedback. Grammatical and editorial assistance? Or to follow the story as a reader would? Should I look for holes in the plot, or focus on his or her style and voice?

From there, I do my very best to follow their wishes and give them assistance where they feel like they need it the most. I'll also make suggestions that perhaps they weren't looking for. Maybe I can help make it stronger.

I know my critique group made me stronger. I was able to find the balance of country-bumpkin and deep thinker in my bootlegger. I was able to make Thomas Merton, a very real person, come across that way in my fiction.

And I realized that I am not alone out here, in my solitary quest for the perfect manuscript. Don't fear the feedback. How well do you take criticism? Can you make appropriate changes, even when your feelings are hurt?

I hope so. It's the best way to improve your work.
Posted by Susan Ishmael-Poulos at 9:46 AM