A Review of Catherine Hall's DAYS OF GRACE 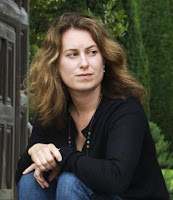 Synopsis (from the book jacket):
Be careful what you say. Like everyone else, you will hear things that the enemy mustn’t know. Keep that knowledge to yourself – and don’t give away any clues. Keep smiling.
On the cusp of World War II, this warning resonates with ’s fearful population. But to Nora Lynch, these words carry another layer of meaning, one more intimate and shameful. And for more than fifty years, she will keep her lips tightly sealed.
When the war breaks out, twelve-year-old Nora is one of thousands of children evacuated to the safety of the English countryside. Her surrogate family, Reverend Rivers, his wife, and their daughter, Grace, offer Nora affection and a wealth of comforts previously unknown to her. But what Nora is too young and too naïve to understand is that the place she’s been sent to isn’t the she originally believes it to be.
As the dogfights rage ever more fiercely overhead, Nora’s friendship with Grace intensifies, but Nora aches to become even closer. What happens next is a secret that she will harbor for decades, a secret that Nora begins to reveal only when, elderly and ill, she can no longer bear its haunting, corrosive power.
Exploring the perils of both revealing and concealing the truth, Days of Grace is a beautiful meditation on love, friendship and family, and a stunning debut that brings a tumultuous era to life.
About Catherine Hall (from the book jacket):
Catherine Hall was born in the north of in 1973. Now based in , she worked in documentary film production before becoming a freelance writer and an editor for a range of organizations specializing in human rights and development. Days of Grace is her first novel.
My Review:
You may be inclined to believe that a novel about secrets, jealousy and forbidden desire could not possibly be a beautiful meditation on love, friendship and family, but the cover does not lie. Catherine Hall’s prose is quiet, nostalgic, confessional without being the least bit melodramatic, yet Days of Grace unflinchingly tackles such controversial issues as homosexuality, infidelity, the potential destructive power of religion, and a few other biggies I won’t mention because they tie in too closely with the plot. There is, quite simply, a lot going on in the novel’s 288 pages.
I am in awe at the economy of Catherine Hall’s prose. She is a visual writer, perhaps due to her background in documentary film production. Her scenes are short, yet rich, and each word is both precise and necessary. This may be her debut novel, but she is already a master storyteller, with a keen understanding that sometimes it is the words she does not use that impact the reader most.
For example, in the very first scene Nora, as an elderly woman, reveals enough about the terrifying things going on within her body for the reader to understand what will kill her, and soon, though she keeps the words ‘cancer’ and ‘tumor’ to herself – the first of many secrets. Perhaps it was this quiet omission that made me ache to climb between the pages and comfort her. Perhaps it was that I knew even then that the disease physically eating her from within was nothing compared to her mental anguish. All this was accomplished in three pages.
Nora’s story takes place both during the war and in present day. In books with multiple time periods, I’m generally drawn more to one story than the other and find myself skimming to get back to the part I’m really interested in. That was not the case with Days of Grace. Nora, as narrator, was equally compelling as a teenager struggling with shameful desire as she was as an elderly woman quietly succumbing to her illness. Secondary characters are distinct and memorable throughout.
Don’t let the dark themes or controversial issues scare you away. Days of Grace is not about preaching agendas. It is an understated novel that will take hold of your heart and gently squeeze.
Days of Grace is available at bookstores everywhere on Monday, May 31st.

Author photo by Beth Crosland, as shown on the website for Portobello Books.

Disclosure of Material Connection: I received an advance review copy of this book from the publisher in the hope that I would review it on What Women Write. I was under no obligation to review it, let alone give a positive review. I am disclosing this in accordance with the Federal Trade Commission's 16 CFR, Part 225: "Guidelines Concerning the Use of Endorsements and Testimonials in Advertising."
Posted by Kim Bullock at 4:00 AM