Today I’m thrilled to introduce guest blogger, fabulous agent Mollie Glick from Foundry Literary & Media. Almost a year ago, I met Mollie at Book Expo America’s Agent Pitch Slam. I’d sent her a query a few months earlier and we corresponded about a manuscript she’d suggested I revise. I’d had plenty of requests to read manuscripts before (all blind queries, I might add!), but until then, no one had offered to get on the phone with me or suggested specific changes. She had no obligation to do so—in fact, it’s rare an agent would take the time. She ultimately passed on that manuscript, and another, but if those manuscripts (further revised!) under submission with other agents don’t turn into requests for representation, she’s still one of my top choices when I start querying my current WIP. She has exquisite taste and a knack for knowing the market. Any author would be truly blessed to be represented by her. 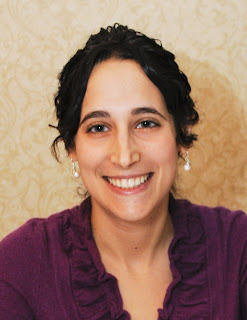 When I asked Mollie to write a guest post for our What Women Write blog, she graciously agreed. Here’s what she hopes to feel when she reads your submission:
There’s a moment all agents live for. It’s the thrill that keeps us going. It’s the high we’re addicted to. It’s the feeling when you pick up a manuscript, intending to read just a few pages, and find that you can’t put it down. When you neglect all the emails about contracts and covers and electronic rights that are flooding your inbox, set aside the editing job you were supposed to do that day, and immerse yourself in something great. It’s the feeling of being the first to discover a great new writer. I first felt it years ago when I was scouting and I’ve been seeking it out ever since.


I know I’m going to take a new novel on when no matter what published book or magazine I’m reading, I happily set it aside for the manuscript on my Kindle. Or when I find myself playing hooky from work because I’ve just got to find out where the plot leads. This all encompassing event doesn’t strike all that often, but when it does, it makes my day. And lately I’ve been lucky enough to feel it several times.


The first time was last August, when after putting it off for an entire week spent reading up in Cape Cod because it looked so daunting, I finally picked up the 800-page manuscript I’d dragged all the way up there with me on the final day of vacation and discovered a brilliant fiction debut. I’d asked to see it because I liked The Negotiator, a screenplay the author had written several years back, but it was so long and had such a bold premise that I thought the odds of his pulling it off were slim. I was wrong, and shortly thereafter I found myself sweeping everything else off my desk to edit that 800-page puppy, with its tale of magic and love and Irish sass down to 600, and sell RIGHT OF PASSAGE to one of my favorite editors, Chuck Adams at Algonquin.


The next time it happened was when I picked up the first book in the STARCROSSED series by Josephine Angelini. With that one, I got a text message from a manager friend in LA at 10 p.m. one Thursday night that said “are you into supernatural YA?”


“Twist my arm,” I wrote back, and she emailed me the manuscript right away. I was crazed with work that week, so I told her I’d read it over the weekend, then proceeded to read a few pages—and stayed home the whole next day to finish it. Laura Arnold at Harper preempted it a few weeks later.


The last time was when I read Jen Miller’s EXTREMOPHILE a few weeks back. That time was even cooler because I’d read an earlier draft last summer and it was good, but hadn’t quite gelled yet, and I’d given her a bunch of notes. When I picked up the revision, I was skeptical because it usually takes writers a bunch of tries to really crack something open and make it work, and I expected to slog through another super rough draft. But lo and behold, something had clicked this time ’round, and everything else fell by the wayside as I read. We revised one more time, then sold it a few weeks back to Jenna Johnson at Houghton Mifflin/Harcourt, who loved it just as much.


It doesn’t happen very often, but as an agent there’s no better feeling than falling in love with a book. It’s the reason we stick it out in an industry constricting by the second, and the reason we won’t ever stop taking on fiction, even though it’s sometimes harder to sell than nonfiction. And it’s the feeling I hope for every time I open a new submission.

Mollie Glick is an agent at Foundry Literary + Media. She represents literary fiction, young adult fiction, narrative nonfiction and memoir. She can be reached via email at mglick@foundrymedia.com.

If you send Mollie a query, let us know if she asks to read your work. And be sure to mention you read about her here!
Posted by Joan Mora at 4:00 AM